XXVI GC: We dream by designing and we design by dreaming (September 4, 2021) 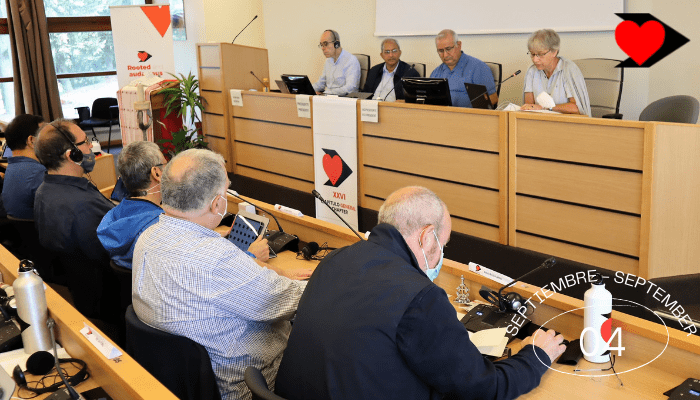 Nemi, Italy. September 4, 2021. Today, the first Saturday of September, our confreres of the Province of Colombia-Ecuador presided over the Eucharistic celebration, entrusting to Mary, our mother and formator, the work of the design stage on which we have been embarked since yesterday. In addition to the daily reasons for thanksgiving, today we were happy to welcome back to the chapter assembly the brothers who were convalescing in quarantine until today: Juan Martin Askaiturrieta and Valens Agino. Moreover, today we are grateful for the arrival in Nemi of Jean Baptiste Makilandi, superior of the delegation of Congo.

At the beginning of the work in the chapter hall, the moderator of the day, Rosendo Urrabazo, invited us to listen carefully to the Gospel text of Luke 6:46-49, where Jesus proposes an alternative wisdom that shakes up the social order and critically considers the set of conventions that sustain it. Jesus does not encourage us to preserve the status quo, but to live here on earth as if the Kingdom of God had already begun. These words of the Master resonate in the chapter hall as a call to dream; that is, to design a audacious congregational project that does not conform to what has already been achieved or “established” in our little world. For this, it is worth the effort that is being made to involve each Claretian in the exciting project that the Chapter is striving to elaborate.

Having said this, and having clarified the methodology of work, during the rest of the day we followed a dynamic very similar to that of yesterday: personal work, sharing in groups, agreed drafting of the design that interprets the dream and exposition of what was discerned in the chapter hall. The time was so well spent that we were able to concentrate on four of the seven elements that make up the chapter dream. All that remains to be done now is to make concrete commitments on the various proposals; but before that, the Synthesis Commission has a hard task ahead of it.

All this effort is accompanied by the discussion of the proposals elaborated by the pre-capitular commissions, which have studied controversial issues. Today we are dealing with an apparently organizational issue – that of territoriality – which in fact affects, among other things, missionary identity, the way of carrying out the mission and the economy. After dinner some capitulars took part in the so-called “Conversations over coffee”, where they spoke about youth ministry and the “Claret Way” project and the Institutes of Consecrated Life.

The week concludes with the satisfaction of having made good use of the time and of making progress in discernment. Tomorrow we interrupt the usual work to celebrate the Lord’s Day and enjoy the mandatory and well-deserved rest. We will meet again next Monday!