You are not the ‘Tomorrow’, nor the ‘Meantime’: You are the ‘Now’ of God 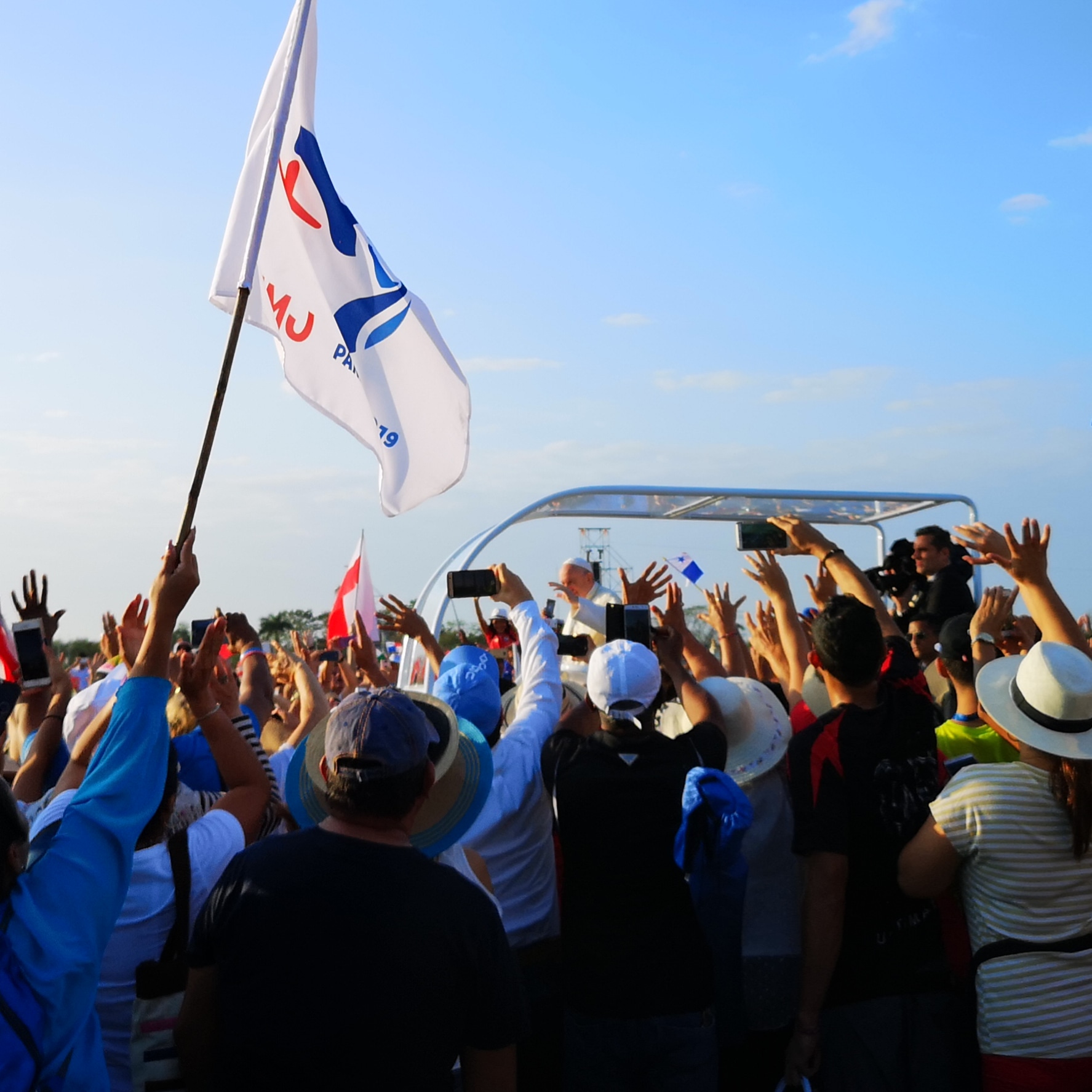 Panama City, Panama. “You are not the ‘Tomorrow’, nor the ‘Meantime’. You are the ‘Now’ of God.” With this statement of Pope Francis during the Sending-off Mass held at the St. John Paul II Field (Metro Park) the 34th World Youth Day comes to an end on 27 January 2019. The Vatican estimated the crowd as some 700,000. Some head of states were present during the Mass – the presidents of Colombia, Costa Rica, El Salvador, Guatemala, Honduras, Panama, and Portugal. Most of the pilgrims attended the Saturday vigil and camped out under the stars at the Metro Park field (renamed as Saint John Paul II field). While the locals came in at dawn and or in the morning of Sunday.

Pope Francis urged the youth to seize the day and not wait until some far-off future to make their dreams come true. The youth are not the “Future” as often it is said and looking at them as if there is “a kind of waiting room, sitting around until called,” he said. The youth are not the future just like some adults would say that “your Now has not yet come”, “that you are too young to be involved in dreaming about and working for the future”. The youth are the “Now of God.” As it was reflected during the 2018 Synod of Bishop on Youth, the young people are to be encouraged to dream and work for tomorrow, not later, but “starting today.” “Not tomorrow but now,” he said. There is no “for the meantime” in Jesus. It is always “now.” Pope Francis invited all young people not to be “paralyzed by fear and exclusion, speculation and manipulation”. He invited everyone to recognize the “concrete, close, real love” of Jesus. “The Lord and his mission are not a “meantime” in our life, something temporary,” the Pope continues. “They are not only a World Day of Youth, they are our life today, our life of journeying ahead!”

“We are on a journey”, he reminded the youth after thanking all those who had been involved in the preparations and in making the event possible. “Keep walking, keep living the faith and sharing it. And do not forget that you are not the tomorrow, you are not the ‘for the meantime’, you are the Now of God,” said Pope Francis.

Before the final blessing, Kevin Cardinal Farrell, head of the Vatican’s Laity Office, announced the venue of the next World Youth Day – Lisbon, Portugal.

Full text of Pope Francis Homily during the Closing of the 34th WYD in Panama: EN – ES – IT