Youth and Vocation Ministry in the Province of Santiago 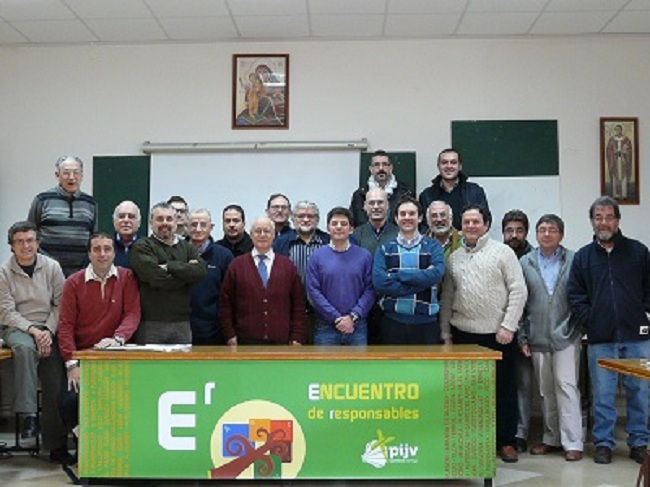 Los Molinos (Madrid), Spain. On February 2nd & 3rd the second Encounter of those in charge of youth and vocation ministry (PIJV) of the province of Santiago was held here.

Twenty people participated – Claretians and laity with distinct pastoral positions in the Province in charge of the coordination of this work.

At the Encounter they took the current pulse of the PIJV indicated by the recently celebrated II Provincial Chapter.
The Prefect of the PIJV and Coordinator of the Team led a personal reflection on the theme which was enriched by the work of group and open sharing during the sessions.

In the dialogue they detailed the challenges of this ministry in the communities, in the provincial initiatives, and in the work of the Provincial Government. They reflected on the various themes of the ministry with children and adolescents such as the Oratory, summer 2013, and youth camps, etc.

Finally, they validated the progressive creation of a “vocational culture” through the Vocation Weeks and other local initiatives. At the same time they took the position of advancing in these proposals, offering the adolescents and young adults programs if discernment foreseen in the Provincial Project of the PIJV.

The Encounter ended with the participation of Fr. Luis Angel de las Heras, Provincial Superior, who gave his reflection on the vocational theme and presided at the closing eucharistic celebration.