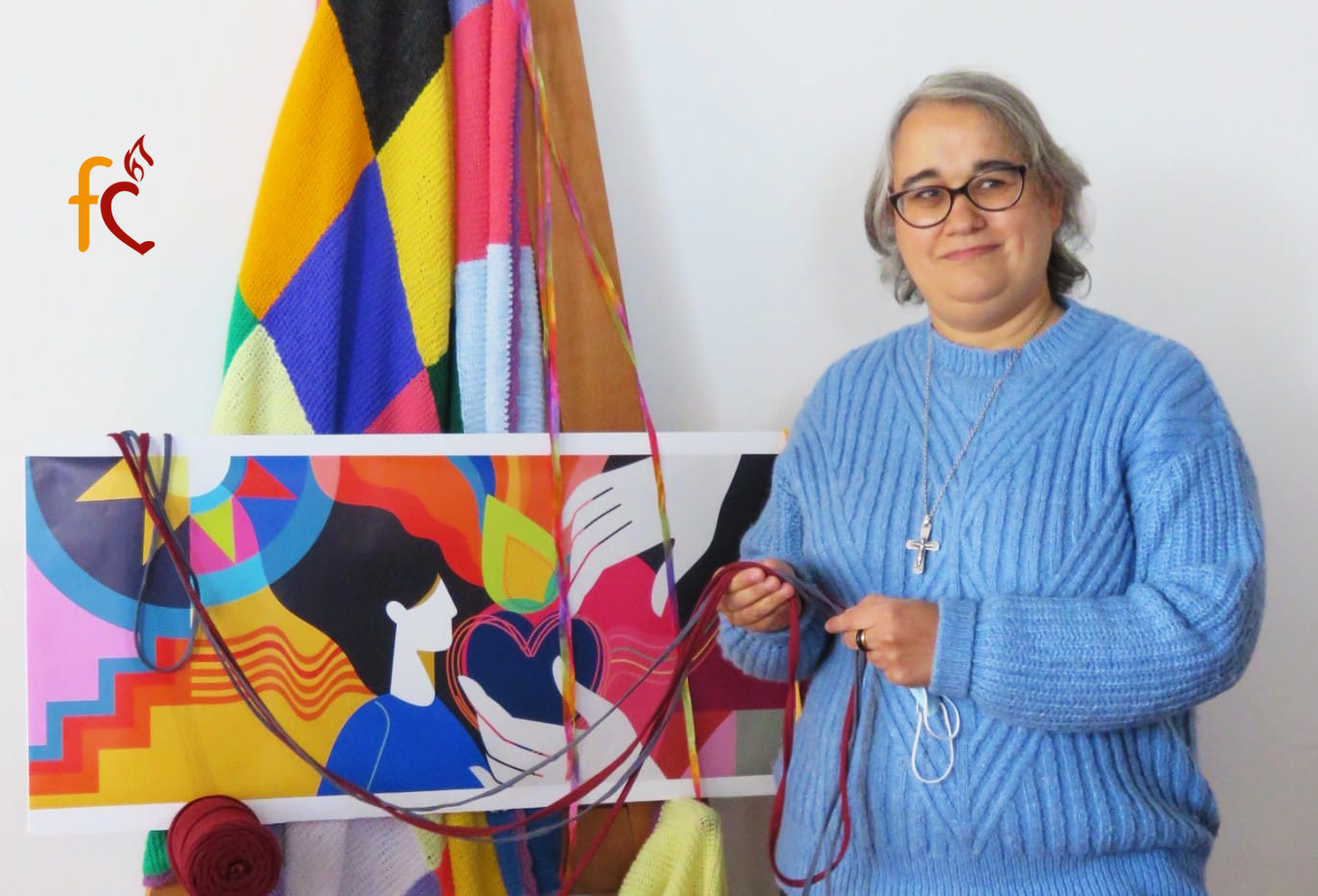 THE LOOM OF THE CLARETIAN FAMILY

We begin the day giving thanks to God for what we are weaving in this X World Encounter of the Claretian Family. It is God who sets the loom, who unites the colours, who moves the hands that weave, who keeps the light in the room, who inspires the smile of the one who weaves, who moves your heart and soul so that you weave with your thread, who gives meaning to the threads that come together.

In the morning session, María del Mar HICM reminded us of the statutes of the FC and then proposed an open dialogue on the aspects to be considered during the next four years. As a group, we went over the different topics we had dealt with during these days and considered what would be necessary for the next presidency with its coordination team to continue to discern and work together. During the second session we elected María Gracia García Baquero MIC as president of the FC and ended by giving thanks to God in the Eucharist.

María Gracia García Baquero MIC is the Mother General of the Missionaries of the Claretian Institution. The Congregation was founded by Father Luis Pujol CMF and Mother Dolores Solá MIC in Vic, Spain, on 28th May 1951.

In the afternoon, the different commissions were busy with their work until the moment when several sisters and brothers from the Claretian communities of Rome shared with us the Vigil of the Immaculate Conception and then a supper.