A look at the Faith of Our Elders 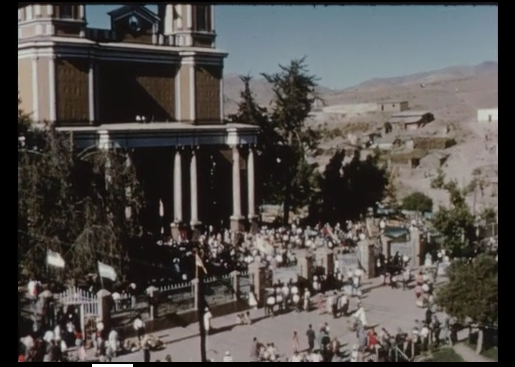 Santiago, Chile. After a restoration and conservation work, the University of Chile has made available the documentary “Andacollo” of 1958. This work is one of the founding films of the so-called “New Chilean Cinema” and shows in depth the popular festivals of the virgin of Andacollo, in a loaded and sense poetic story about the matter and traditions.

For us, Claretian Missionaries, it is a valuable piece of our history because the Sanctuary of Andacollo is a Claretian missionary position in the Chilean north since 1900, being the first parish that the Congregation assumes in 1901, although there are records of popular Claretian missions since 1873. For the Chilean people, and for the Missionaries who work there, the feast of the Virgin of Andacollo is a strong expression of popular devotion, of tradition and of the faith that a pilgrim has. The Missionaries knew how to combine the cultural elements and the Gospel.
This film of the 60 years shows us and allows us to tune in with the faith of our elders.
Link to the video: http://www.cinetecavirtual.cl/fichapelicula.php?cod=72