Assembly of the Italian Delegation 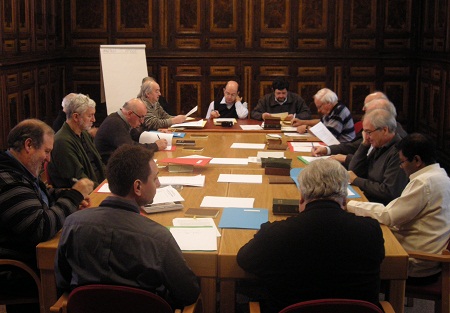 Roma. From the 4th to the 7th of April the Delegation of Italy celebrated their Assembly with the participation of members of the communities of Trieste, Segrate, Altamra, Rome “Parioli” and Rome “Banchi Vecchi”.
Fr. Gonzalo Fernández, CMF, General Prefect of Spirituality presided, who previously completed their Canonical Visit.

Assembly began with a retreat directed by Fr. Gonzalo.

In a family climate the participants were able to share the journey of the Delegation through the “Memories” of the General Council and dialogue among themselves. Following was a projection of the life and mission for the 2011-2014 triennial.

The Delegation has committed itself to increase a climate of trust among its members and to contribute to a common project which requires an attitude of service.