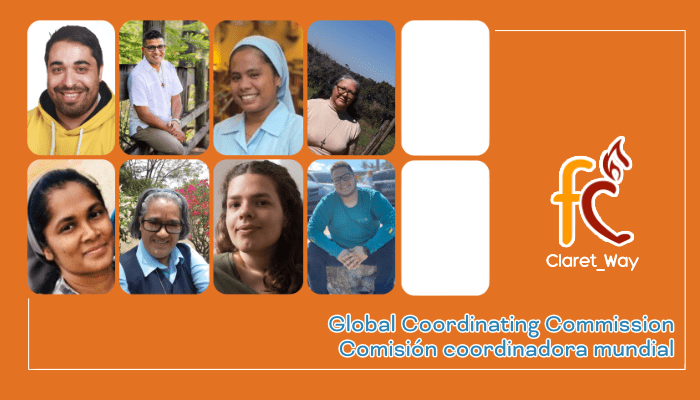 Rome, Italy. Last Saturday, May 8, the referents of Youth Ministry and Vocations of the Claretian Family (YVM + CF) announced the first members of the GCC of the “World Network of Claretian Youth +18, CLARET_WAY”, elected by their respective governments.

According to the timetable foreseen by the Strategic Plan of preparation for the worldwide launching of Claret_Way on October 24, 2021, the different governments of the Claretian Family elected these brothers and sisters of ours to integrate the GCC of the Network+18:

In addition to these CF representatives, the GCC will be composed of four young people from the different continents in which we are present. On Wednesday, May 5, the CF Continental Team of the Americas elected Pablo Pérez, a young Puerto Rican from the Antilles Region, as a member of the GCC, from among seven candidates from the different regions in which the YVM of the CF has been organized in that continent.

On the journey that has begun, there is still one sister from the Missionaries of Mary Immaculate (MMI) of Equatorial Guinea and three young people from each of the remaining continents: Africa, Asia and Europe.