Encounters of “bands of the elderly” 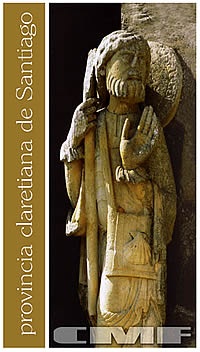 Colmenar Viejo, Spain. Some thirty Claretians from the Province of Santiago, born before 1931, had an encounter which ended on the 7th of June. Following this, on June 8th, another fifty Claretians born between 1931 and 1940. The atmosphere in both encounters was one of cordiality and jubilation.

Fathers Manuel A. Tamargo, Provincial Superior and Luis Ángel de las Heras, Provincial Prefect of Formation accompanied both encounters. The other members of the Provincial Government of Santiago were present at various times.

At the first encounter everyone was very attentive to the needs of the Congregation and the Province, with a very special remembrance for the sick, the apostolic vitality of our Works, and the proclamation of the Gospel to the younger generations. The first group, guided by Fr. Severiano Blanco, made a beautiful visit to the Monastery of the Escorial following in the footsteps of the presence of Fr. Claret.