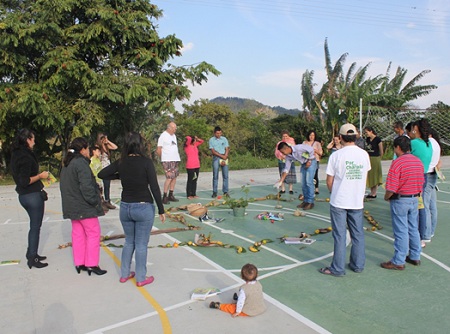 Sasaima, Colombia. The Province of Colombia East and Ecuador, through the ‘Rural Ministry Project’, organized the “First Encounter of Popular Education”.

The Encounter was held in the guest house of the Mercedarian sisters, Sasaima from August 27-29, 2012. Participating were 25 people who underwent various processes of the defense of life, territory, water, and human rights in the regions of Meta, Casanare, Boyacá, Huila, Cundinamarca, Tolima, and Santander (Colombia).

The greatest richness of this encounter was the sharing of various experiences, some of which were held in zones of high risk because of social and armed conflict which is currently happening in Colombia. Among the experiences shared were:

The greater part of this enormous, beautiful, and difficult work is done by lay men and women missionaries in “Shared Mission” with various Claretians, and with the support and backing of the Province.