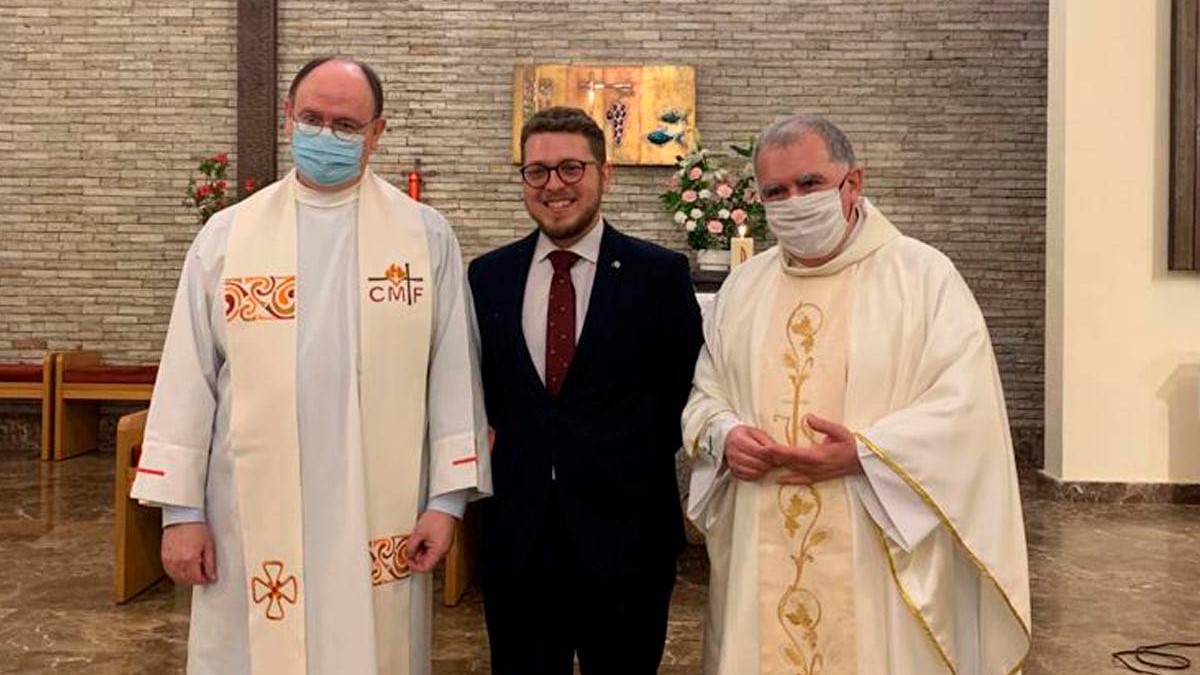 Madrid, España. The Church Heart of Mary in Colmenar Viejo, in the Province of Santiago, welcomed last Sunday, the 27th, on the Feast of the Holy Family, one of those discreet but profound gestures that build the future and open the way to the Kingdom of God. The young Salvador Luis Ferrandis, made his first profession as a Claretian Missionary (Son of the Heart of Mary), a public vow that he has prepared for almost a whole year in the novitiate that the Congregation has in Central America.

As he himself pointed out during the celebration, the mysterious paths that God usually walks behind advised against Salvador making his profession together with his novitiate companions, who will profess their first vows in a few days. In close communion with them and with many brothers of the Congregation who from different places expressed their affection for him, Salvador made his first vows of chastity, poverty and obedience accompanied by his family, some of the most committed lay people in the mission of the province and almost forty missionaries.