First Religious Profession in the Philippines 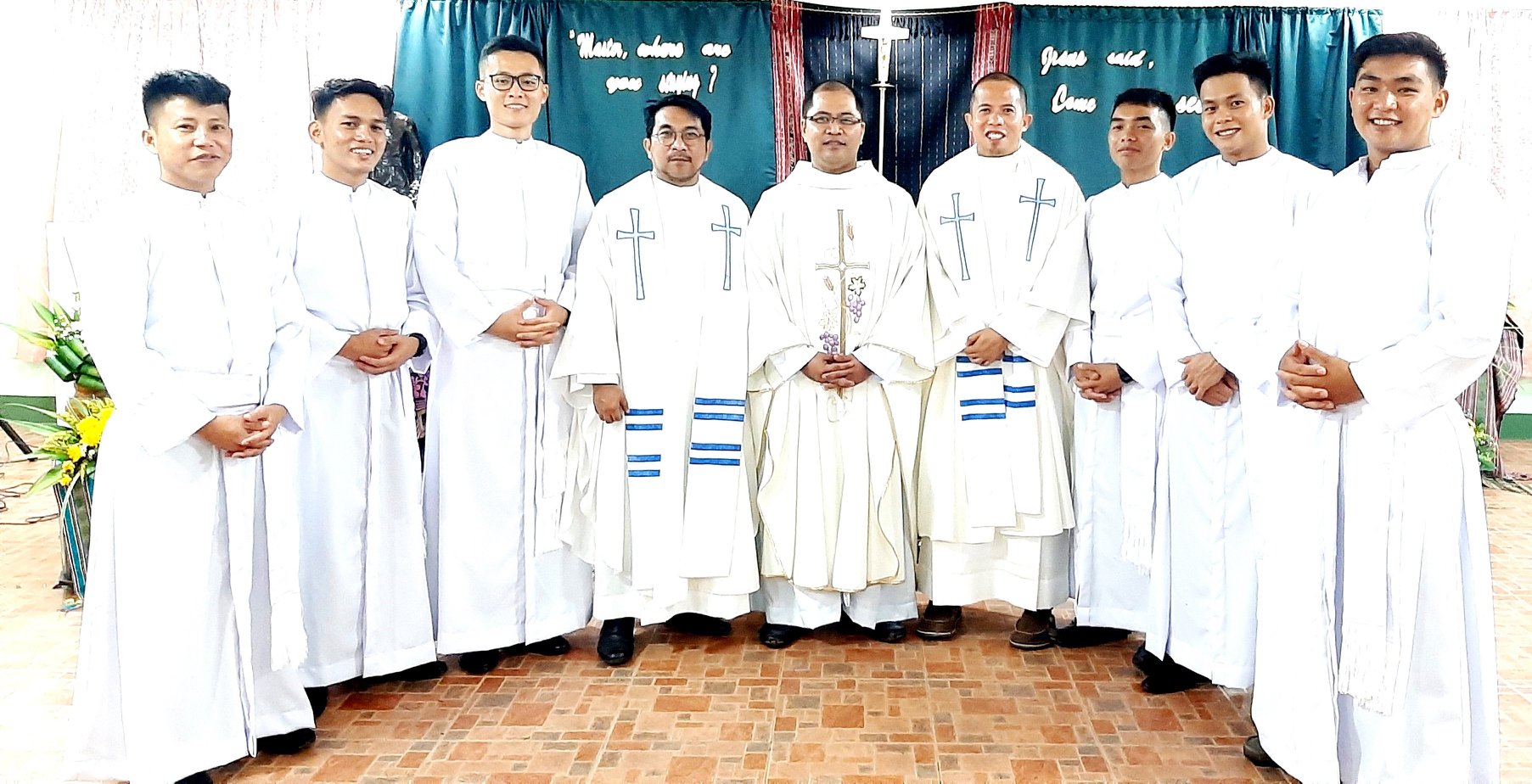 The celebration of the Mass and Rite of Profession was live-streamed via Facebook, allowing different Claretian communities and families of the brothers who were to witness the event, considering the travel restrictions caused by the present pandemic.

Meanwhile, in Quezon City, three Postulants officially entered the Novitiate through a simple Eucharistic Celebration held at the St. Anthony Mary Claret Theology House. The Provincial Superior, Fr. Elias Ayuban Jr., CMF accepted them. They will temporarily have their Novitiate in Luzon until travel restrictions are lifted in the Philippines.