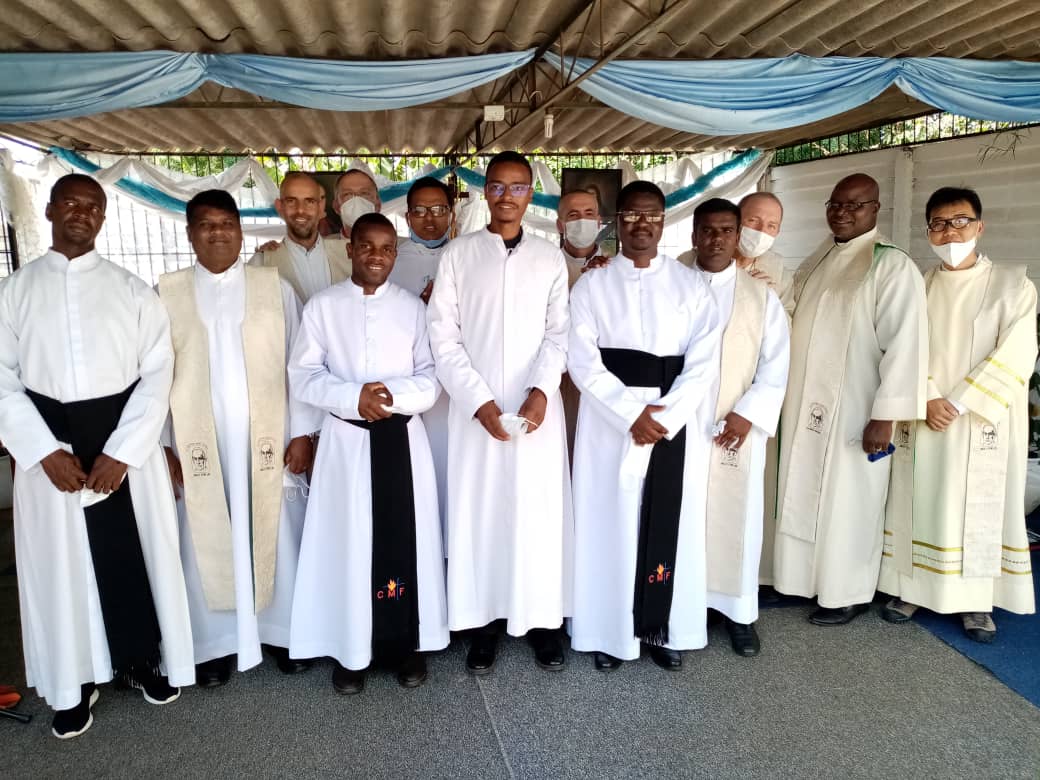 Harare, Zimbabwe. On October 24, 2020, the feast of our Father and Founder and the 150th anniversary of his death, the Claretian Missionaries in Zimbabwe witnessed a remarkable occasion.

During the Mission Assembly, Student Nyasha Choga, CMF, made his Perpetual Profession in the hands of Fr. Peter Paul Siluvipillai, CMF, Coordinator of the Claretian Missionaries in Zimbabwe.

The event has a special nuance because he is the first Zimbabwean Claretian to make a perpetual profession. Born in Gweru, Nyasha came into contact with the first missionaries who arrived in Zimbabwe in 2001 and established themselves in the diocese of Gokwe. After studying philosophy in Harare, he did his novitiate in Kenya and theology in Morogoro (Tanzania) and Granada (Spain). This year he is doing a pastoral experience in Zhomba Mission.

Along with him, Students Looklife Ndhlovu, Kudzai Tonganai, and Lee Malunga, CMFF, renewed their vows. 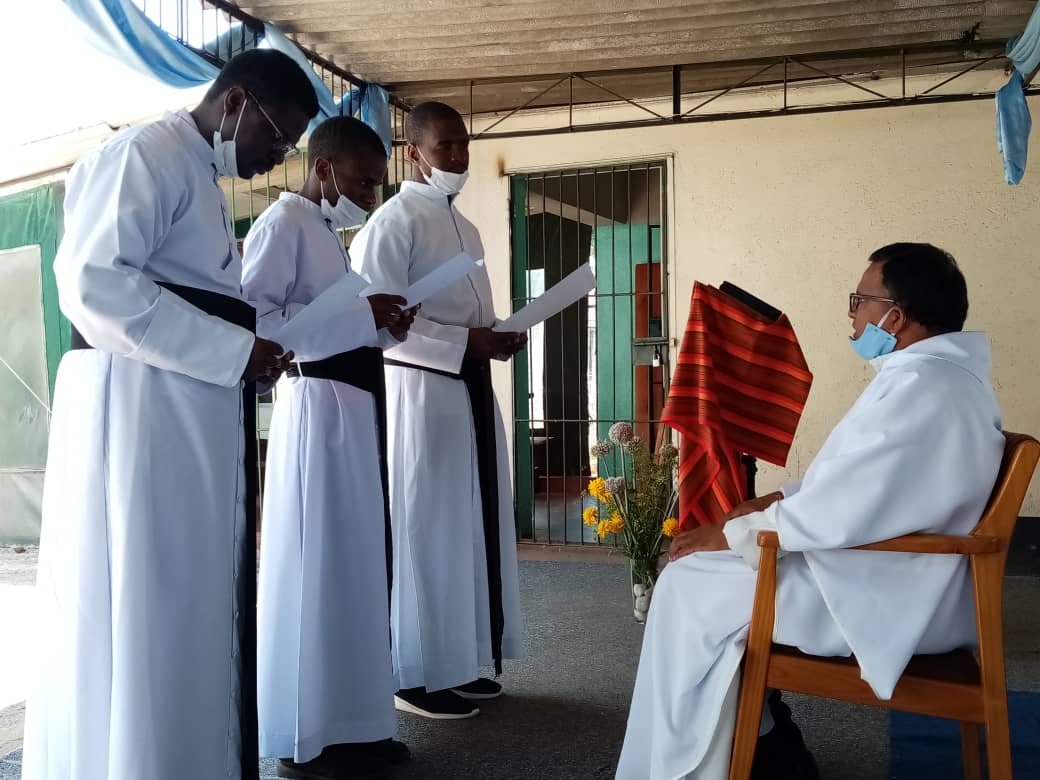 We thank God for them and pray for their fidelity to the vocation received.