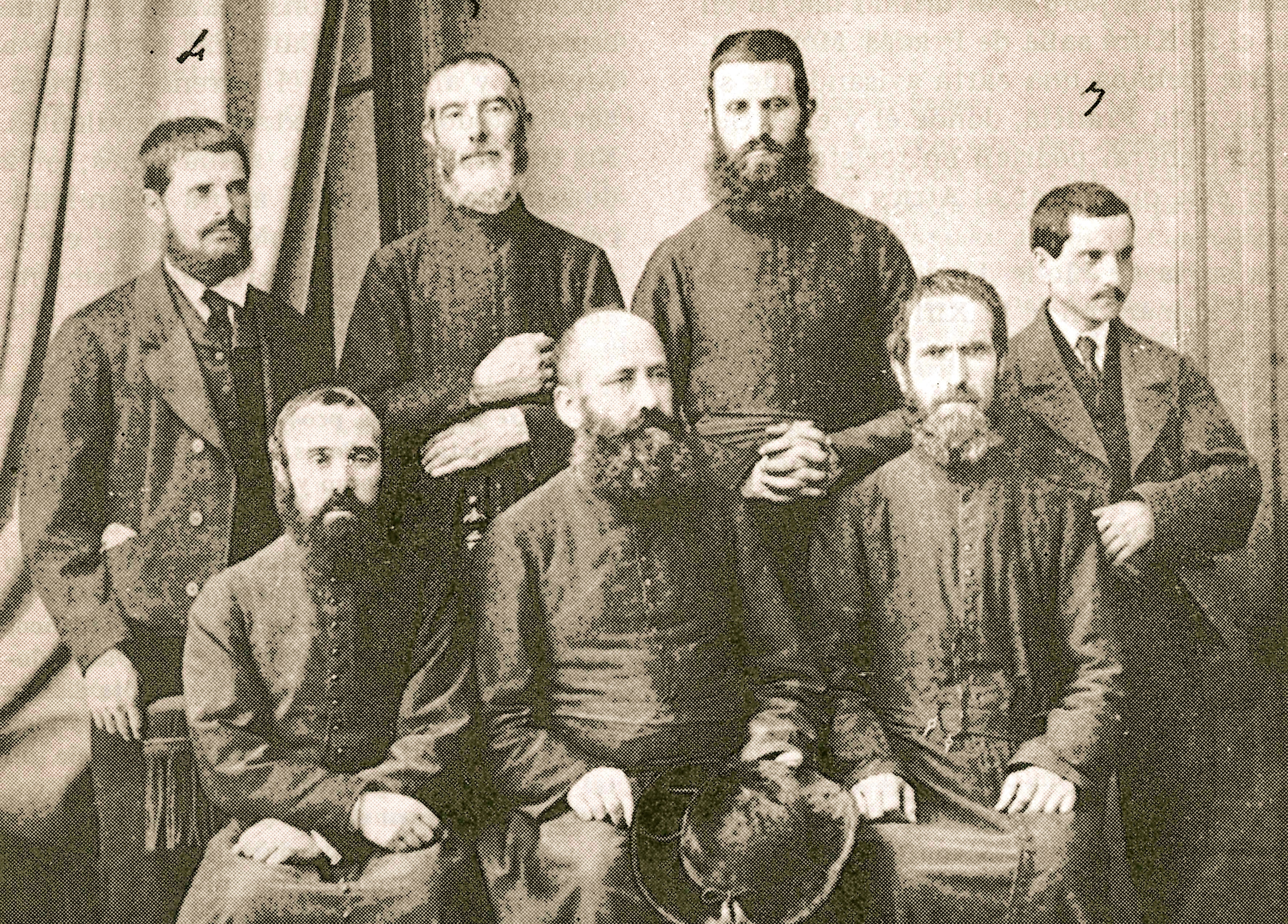 Like the Founder, who unable to preach in Spain crossed the Mediterranean to go to Rome and offer himself to the universal mission, the Congregation expelled from Spain by the September Revolution (1868) and confined in Prades (France) without being able to preach, crossed the Mediterranean to launch itself in the mission by universal ways. Although the foundation of Algiers was unsuccessful, it was the first missionary trip outside Europe with the risks and challenges that it presupposed.

Father Xifré was longing that his missionaries would go out to new mission fields; so he had been thinking about starting a community either in the Canary Islands, in Portugal or in Mexico. However, surprisingly he got an opportunity to go to African continent. A few years back France had managed to occupy all of Algeria and undertaken an intensive evangelizing task along with the colonization. A priest who was working in Algeria was in Prades seeking economic resources. Lodged in Seminary of Prades, he revealed that in Algeria there was a large Spanish population who did not receive pastoral care. The priests from the Seminary hinted at the existence of the Spanish Congregation sheltered right there in Prades. Abbot Sabbatier immediately went to the Claretian Novitiate and offered this mission field to Father Xifré, who accepted it without hesitation. On June 6th, the bishop of the Algerian diocese wrote to Father Xifré expressing his agreement and inviting him for an interview and personal exploration.

On June 15, 1869, Father Xifré left for Algiers; on the same day the bishop sent him a letter informing him that he was leaving for France. Therefore, Father Xifré returned immediately and they met in Paris. On September 2, from Algeria, the bishop informed him that he had made ready everything for the arrival of the missionaries. On October 4, 1869, the first expedition set out: Fr. Alibés as superior, Frs. Quintana and Bech and Bro. Felipe Gómez, accompanied by Father Xifré. The next day they travelled from Marseille and reached on October 8 at ten in the morning. For some time they stayed in the seminary of Santa Eugenia. On October 19, Fr. Xifré returned to Prades and on 23 the group moved to the rented house, located in the Cité-Bugeaud suburb (half an hour distance from Algiers). On October 26 Frs. Donato Berenguer and Sebastián Miquel joined them. On October 31, the Spanish mission began in the Cathedral with the help of the bishop.

The apostolic commitment assumed: a daily Spanish Mass in two churches, in Algiers and in the parish church of Cité-Bugeaud, besides preaching at Sunday Masses. The difficulties and humiliations were multiple. In the first place at very early hour in which they had to travel to the city to celebrate the Masses: they had to suffer the inclemency of the harsh winter, rains and intense heats. Also, the abuse and contempt of the sacristans, altar boys and women of the churches. Many sick were dying without Christian help because they would not inform the missionaries in time. The parish priests would not call them to preach and they could not go without permission. For three years they underwent these hardships and remained without apostolic activity. Fr. Brossosa had called together a large number of children and youth for catechesis, but they had to leave this activity because of the opposition of the parish priest and the Sisters of Charity who would not agree. The rejection of the parish priests and vicars was notorious and increasing. There was a priest who said that to have functions in Spanish where the French were was to raise altar against altar. Fr. Brossosa described this situation as a “history full of dislikes.”

In January 1872 they began to receive the payment from the Government of Madrid and not of the French. On July 2 they moved to the city of Algiers and on November 3 they began to administer the sacraments in the chapel that they set up in the basement of the house. Until 1875 the celebration of Masses in the other Churches continued; but it was given up because contempt and humiliations continued. Free from the commitment in the other churches, the celebration in our church was improved and the missionaries were able to devote themselves to popular missions (about 107 to 109). The difficulties and troubles continued. On one occasion the archbishop excommunicated Frs. Alibés and Brossosa for being late for the opening session of the diocesan Synod, but soon he revoked it. Fr. Sebastián Miquel died on April 2, 1876, devoured by the zeal. The Procurator of the French Republic in Algiers, married to a Spanish woman, became a protector of the missionaries. He managed to overcome the resistance of the Mayor and the Spanish Consul to rent a new residence for the missionaries.

On July 1, 1875, the Spanish State subsidy was abolished and the missionaries were left at the expense of the unfair treatment of the parishes. Fr. Xifré complained to the Ministry of State and got the subsidy restored, but without the necessary stability. On January 4, 1882, the Ministry of State responded to an economic complaint from Fr. Xifré saying that it had nothing to do with the missionaries. The third house in which the missionaries were staying began to collapse and so they had to move to another. Sir Adriano Rotano, Vice-consul, managed to procure a bank loan that could be repaid with the monthly payment given by the Spanish government to rebuild and upgrade the house. However, when the Ministry asked the General Consul for plans, he responded negatively accusing the missionaries and the Vice-consul of promoting Spanish immigration and causing international conflicts. The Vice-consul was dismissed from his post.

This accusation and lack of support from the Spanish government were added to the existing economic difficulties, not to mention the already well-known French opposition, of both the parish priests and the faithful. Given the mistrust and the French opposition and the lack of Spanish protection, Fr. Xifré decided to raze the foundation. On July 27, 1888, Fr. Xifré wrote to the Ministry informing that he was cancelling the foundation. Both the ministry and the bishop lamented what had happened and offered remedies; but the decision was already made. It took nearly thirty years to find a solution; and when they had it almost at hand, did not take advantage of the moment.