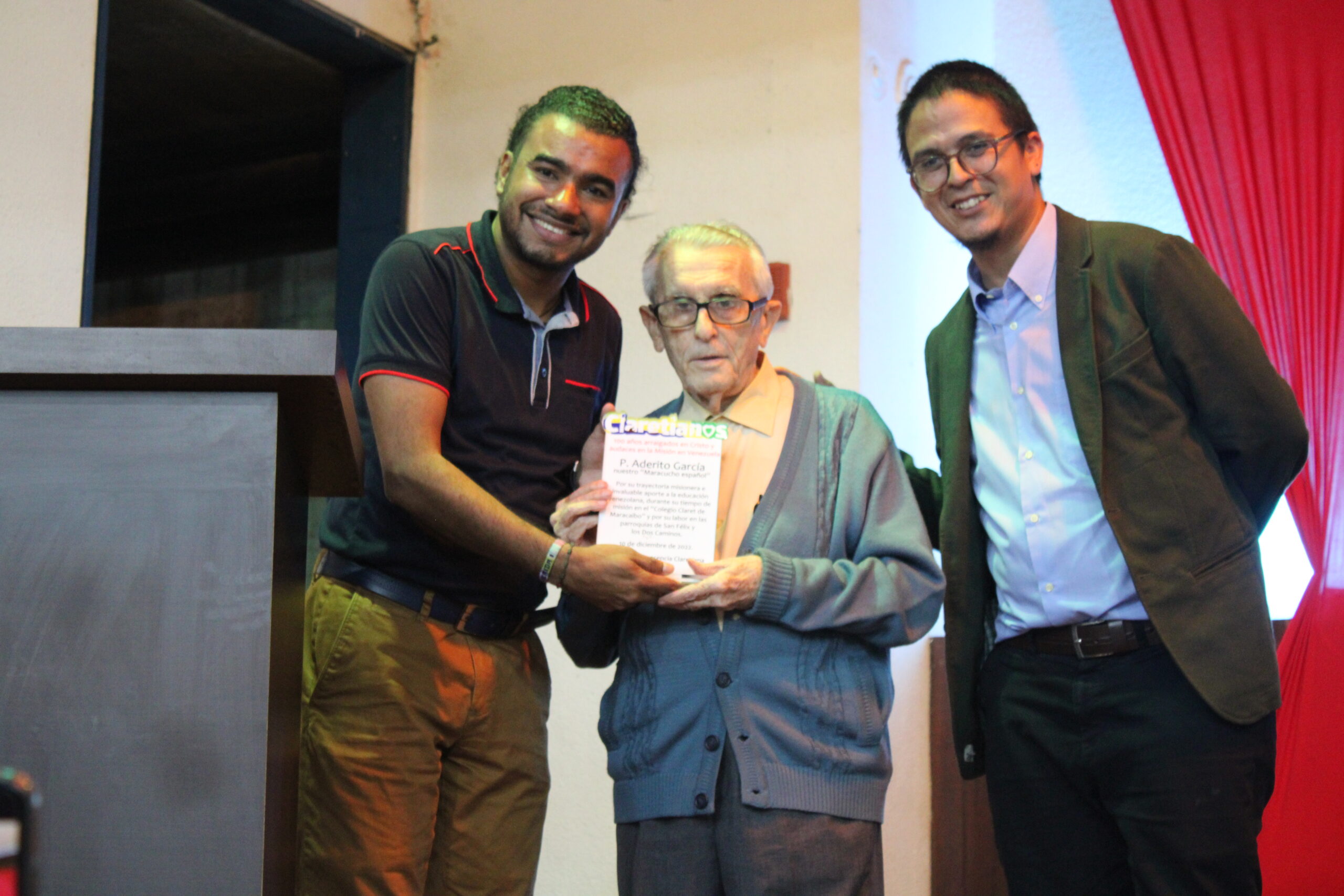 The opening of the centenary year of the Claretian presence in Venezuela took place on 10 December 2022 at the María Immaculate School of the Claretian Missionary Sisters of Los Dos Caminos. The celebration counted with the participation of Claretians and lay people with whom we share our mission of all the communities of this region of the Province in Colombia Venezuela.

The celebration began with the reading of the message of Father Luis Armando Valencia, Provincial Superior of the Province Colombia Venezuela and the greeting of Father Mathew Vattamattam, Superior General of the Congregation of Claretian Missionaries. Monsignor Juan Carlos Bravo, Bishop of the Diocese of Petare, also shared his greetings in this space, who rejoiced us with his presence in communion with the whole Venezuelan Church.

Afterwards, professor Gustavo León, rector of the Colegio San Antonio María Claret del Alto Hatillo, made a brief presentation on the Claretian route in Venezuela, recalling the social, political and religious context that the first Claretians who arrived in Venezuela. He shared the works and foundations of the first hour and the pending challenge of writing this page of the history of our Congregation in this land of Grace.

Also, as part of the thanksgiving to few Claretians for the work they have done in Venezuela, recognitions were made to Father Aderito García for his untiring work in different communities of Venezuela, especially for his evangelizing, catechetical and poetic work, to Father Angel Bombin for his long work in the educational field and the social projection of the Claret School of Alto Hatillo in some missions of the east and to Brother Vicente Toro for his invaluable testimony in the mission of Delta Amacuro and his closeness to the indigenous and peasant people of that region. The Province is grateful to each of them for their generous dedication to the mission.

At the end of the celebration there was an artistic-cultural presentation of a group from Barlovento, recalling some cultural expressions of Venezuela. There was also a thanksgiving and a toast on the part of Brother Jhon Jairo Flórez in representation of the Provincial Animation Team and of Father Blas Márquez, who worked many years in Venezuela.

May this celebration as Claretian Family, in communion with the whole Congregation, the Church and the Religious Life that walks today in Venezuela, be a sign of our missionary commitment in the construction of the Kingdom.