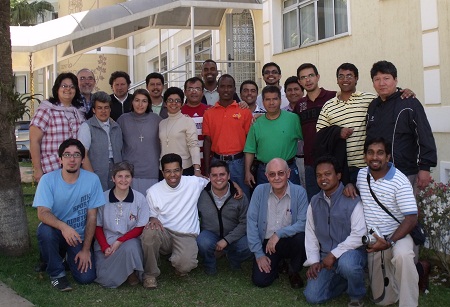 Sao Paulo, Brasil. At a meeting convoked by CICLA, 25 Claretian Missionaries and Claretian Missionary Sisters met at the “Flos Carmeli” House of Spiritual Exercises near the city of Sao Paulo to share in their works and concerns about vocation ministry.

In the morning of the 28th of August the Encounter formally began with a Eucharist presided by Fr. Marcos Aurelio Loro, CMF, Major Superior of the Province of Brazil. Also present was the General Secretary of Vocation Ministry, Fr. . Juan Carlos Martos, CMF.