“RELIGIOUS BROTHERS TODAY”. Gift for the Church and society” 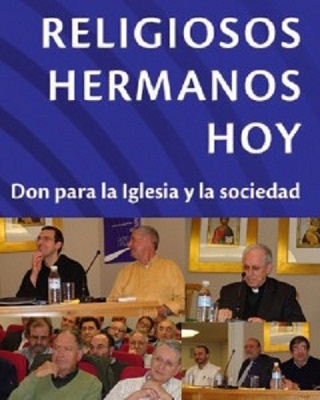 Madrid, Spain. From the 10th -12th of December in Madrid, the III Symposium organised by ITVR (Theological Institute of Religious Life) was held dealing with the above topic.

With over 200 participants, the majority of them religious brothers from different Orders and Congregations, the symposium put forward as its objective a collaborative consideration about the mission, identity, spirituality and ecclesial place of the male consecrated life of Brothers.

All the presentations and the panel were followed by a forum in which the presenters engendered a most interesting dialogue with those in attendance.

Present amongst the participants was Bro. Paulo Petry, a de la Salle religious and President of CLAR.
On the last day, conclusions were drawn grouped under the title “Reporting that brotherhood/sisterhood is possible”.

Finally, the meeting benefited from the presence of Mons. Joseph W. Tobin, Redemptorist and current Secretary of CIVCSVA, who presented some final thoughts and led the closing Eucharistic service.