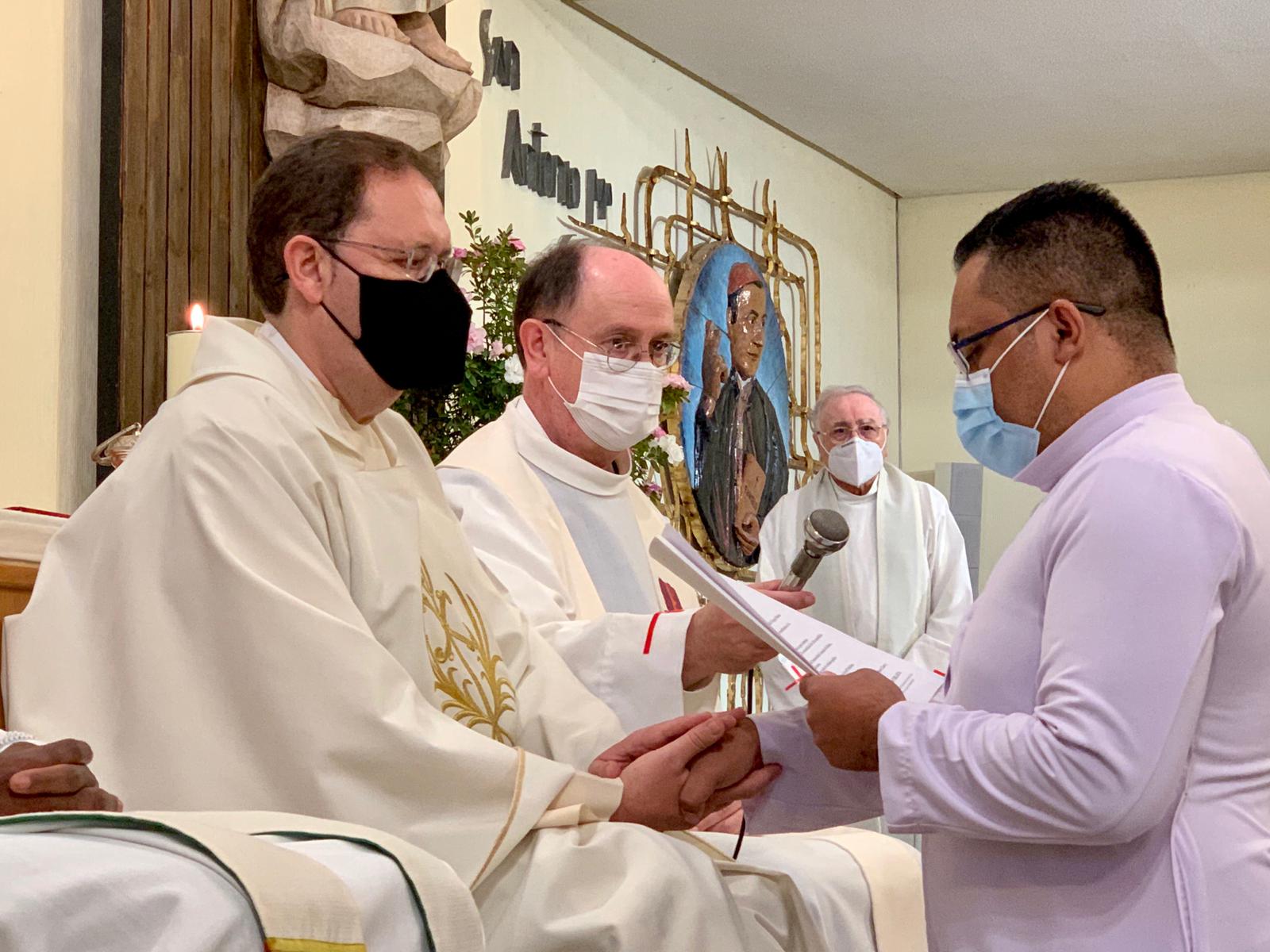 Madrid, Spain. With the celebration of three perpetual professions, the Province of Santiago feels blessed in its preparations for the feast of St. Anthony Mary Claret and this year’s anniversary special. It is something unusual for the Province.

If on October 11, 2020, Student Denis Malov, CMF, made his perpetual profession in Paris, two more professions took place on Saturday, October 17, 2020. The situation provoked in Spain by Covid-19 forced the separate celebration of the professions of Students Stevendus B. Bataona and Carlos Puerto Gómez, CMFF.

Steven is a missionary from the Indonesia-Timor Leste Independent Delegation assigned to Europe in view of incardination to the Province of Santiago. He made his vows in the church of Colmenar Viejo, where he resides while he is doing his theological studies. Carlos, on the other hand, pastoral coordinator of the Claret School of Benimaclet (Valencia), made his profession in the chapel of the Claret School of Madrid, in which he spent many hours in prayer and celebration during his adolescence and early youth. 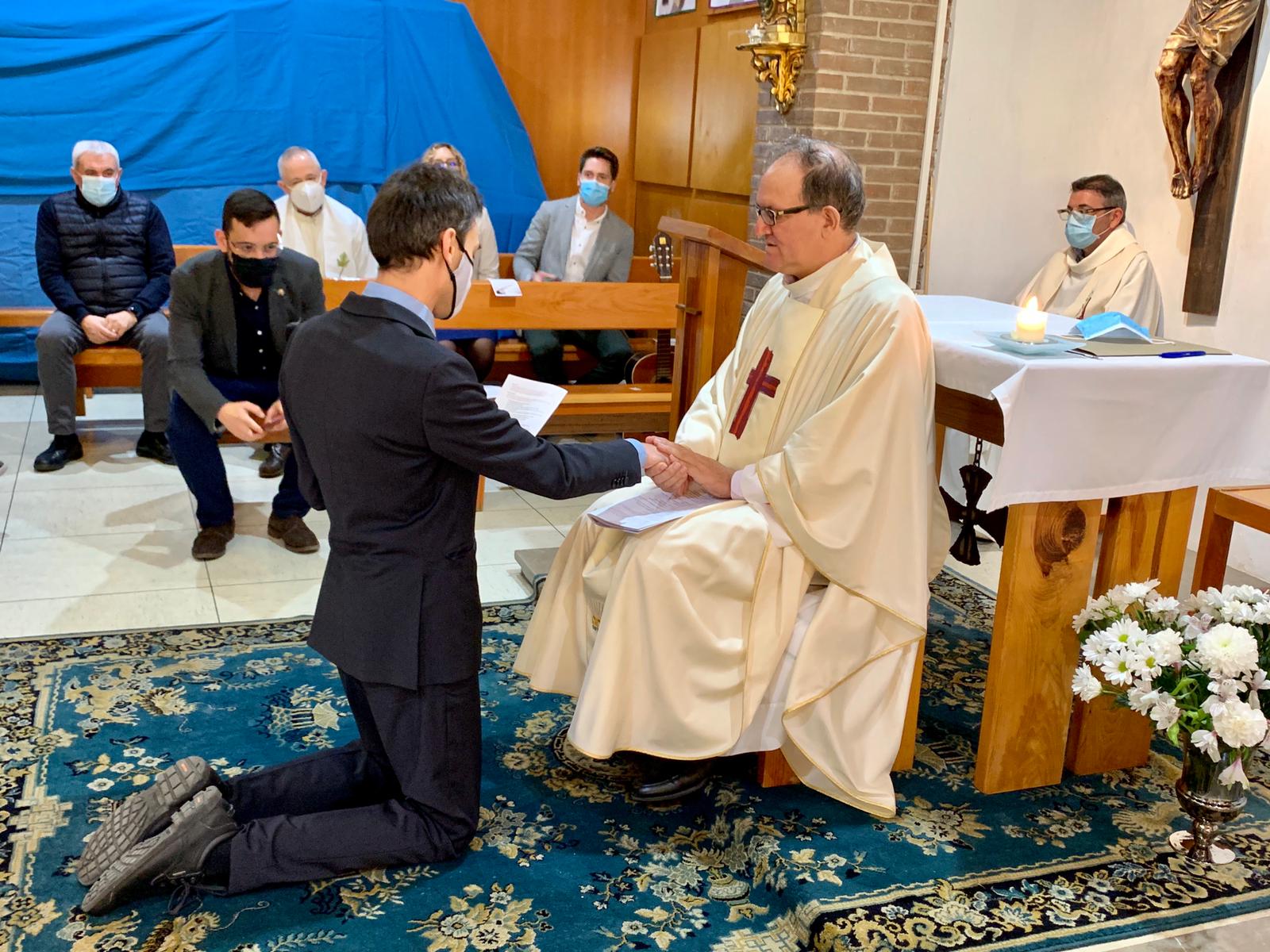