Spain. On May 14, Bro. Justino Rodao, the last survivor of the former Claretian mission of Tunxi, China, celebrated his 90th birthday. He was born in Armuña, Segovia, on May 14, 1919, professed in Salvatierra on September 8, 1939. He arrived in the Mission of China on March 27, 1948 together with Fathers Mariano González, Francisco Marchio, Jesús González Sarasqueta, Romario Jarussi and Bro. Benjamin Quibus.

Of the seven mission Districts which formed the Claretian Mission of China, that of Tunxi was the last one to suffer the systematic persecution against the Church. At that time the following missionaries were residing in the house: Mons. José Fogued, Agustín Rebollar, Eugenio Pérez, Pablo Bolinaga and Justino Rodao.

Towards the end of April 1950, three armed policemen turned up in the house and communicated to them the order of total confinement. From that moment on, they were prohibited to get out of the fence of the Mission without written permission from the police, but it was useless to ask for that permission because it was never going to be granted them. After communicating to them the order of confinement, they repeated to them ad nauseam that the only reason of that prohibition was the obligation they had to defend them from the wicked people that wanted to harm them, to create problems between the Government of the Chinese people and the Government of Spain.

The popular trial against them was obviously coming. They opted for a semi-popular trial in which only representatives of the main social groups would take part. And from all the missionaries they chose as victims Brothers Pablo Bolinaga and Justino Rodao, perhaps because they were the caretakers of the school building and in charge of providing the materials for the school. The day of trial against the two Brothers came. From four to six in the afternoon representations of all the social groups of the city gathered in the school square. And our school with all its teachers was there too, of course. The court was formed by five representatives of the government or very much attached to it. Before the trial began, two members of the police went up to our residence and forced the two Brothers to go down to the square. During the entire trial the two Brothers were very peaceful and serene in front of their accusers. The charges were prepared and written by the teachers themselves, not by the persons who held them. Most of them were childish accusations. Others were maliciously distorted misinterpretations of facts. And each accuser ended always with the same petition: expulsion of the foreigners and placing the school in the hands of the Chinese.

Finally, on November 23, 1951, Fr. Eugenio Pérez and Bro. Justino Rodao were expelled from China and they arrived safely to Hong Kong and from there to the Philippines. In the year 1957 he returned to the Province of Castille. At present he is in the assistencial community of Colmenar Viejo, accompanied with the love and care of his Claretian brothers. (3 photos)

CONGRATULATIONS, DEAR BRO. RODAO, AND MAY GOD GRANT YOU MANY MORE YEARS! 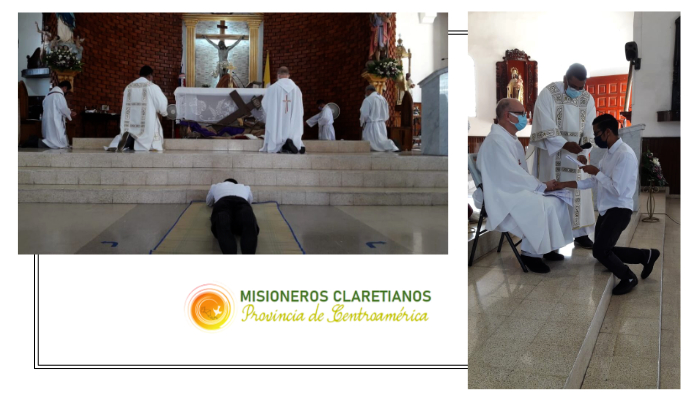 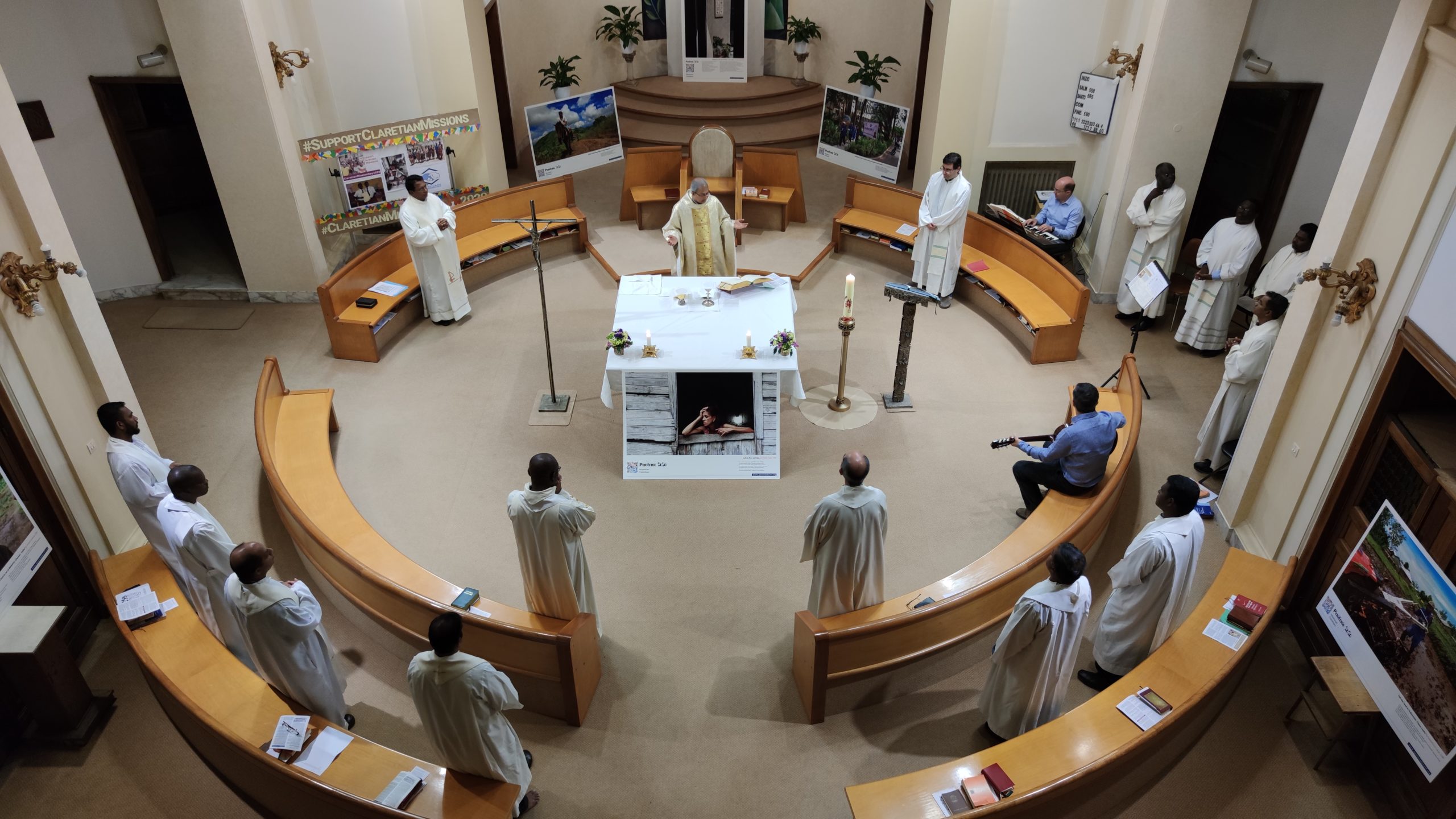 Celebrating the Claretian Mission Day in Time of Pandemic

Rome, Italy. The Congregation celebrates its Mission Day on Divine Mercy Sunday. In this regard, the General Procure Office and the General Prefecture of Apostolate disseminated promotional materials to all the Organisms of the Congregation. Due to the current... 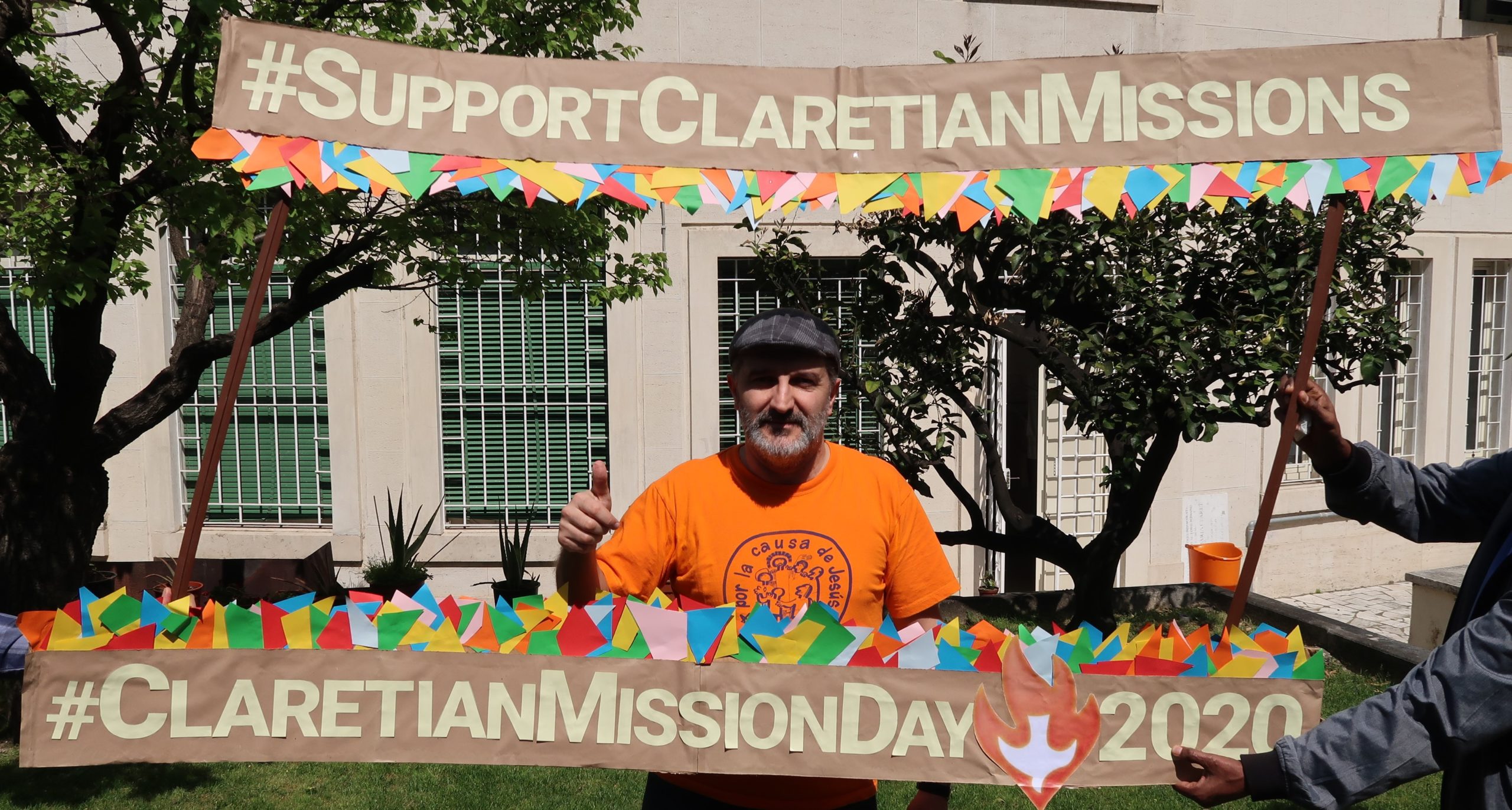 Claretian Mission Day 2020 is coming up. We are celebrating it on the 2nd Sunday of Easter, at the end of an extraordinary week. It is in this horizon of the Resurrection that we want to illuminate our lives and the pilgrimage in each and every one of our missions. It...