The General Government in Vic, Spain 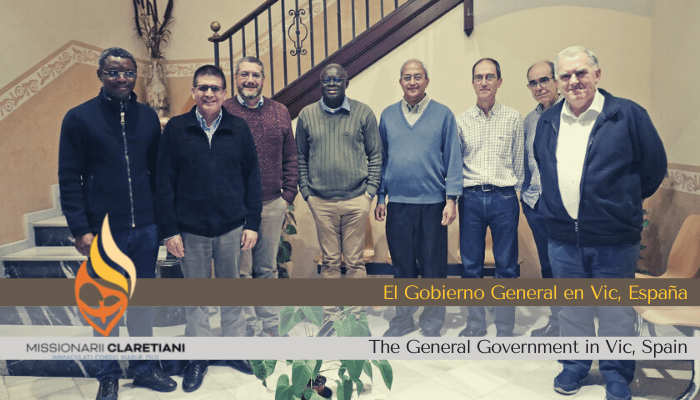 Vic, Spain. The General Government had a few days of conviviality and work in our House of Spirituality in Vic (Spain) from October 18 to 30, 2021. From October 18 to 23, accompanied by Father Gonzalo Fernandez, the General Government worked on the discernment and practice of attitudes, principles, functions and competencies that can help the Superior General and his Government to improve their service of authority in the key of a transforming leadership.

From October 25-30, the General Government, after a shared and careful reading and study of the Chapter Exhortation Querida Congregación, worked on the design of a first draft of its Plan of Action for the sexennium 2021-2027, and elaborated some drafts of a possible organizational chart of the General Government and of the areas and teams of animation at the service of the Congregation.

The days of reflection and work also had time to visit the birthplace of our Founder in Sallent, the Basilica of the Sagrada Familia in Barcelona, the shrine and cave of St. Ignatius of Loyola in Manresa, the House of Spirituality of the Claretian Missionary Sisters in Reus.

On October 23, the General Government met with the Provincial Government of the Province of Sanctus Paulus. On October 24, Solemnity of our Founder, the General Government celebrated Mass at 11:00 with the People of God in the Votive Temple of Vic, and at 20:00 in the Parish of the Immaculate Heart of Mary in Barcelona. This last mass was preceded by an encounter and dialogue with some members of the Claretian Family and followed, after the Eucharistic celebration, by a dinner with the Claretian missionaries of the communities of Barcelona.