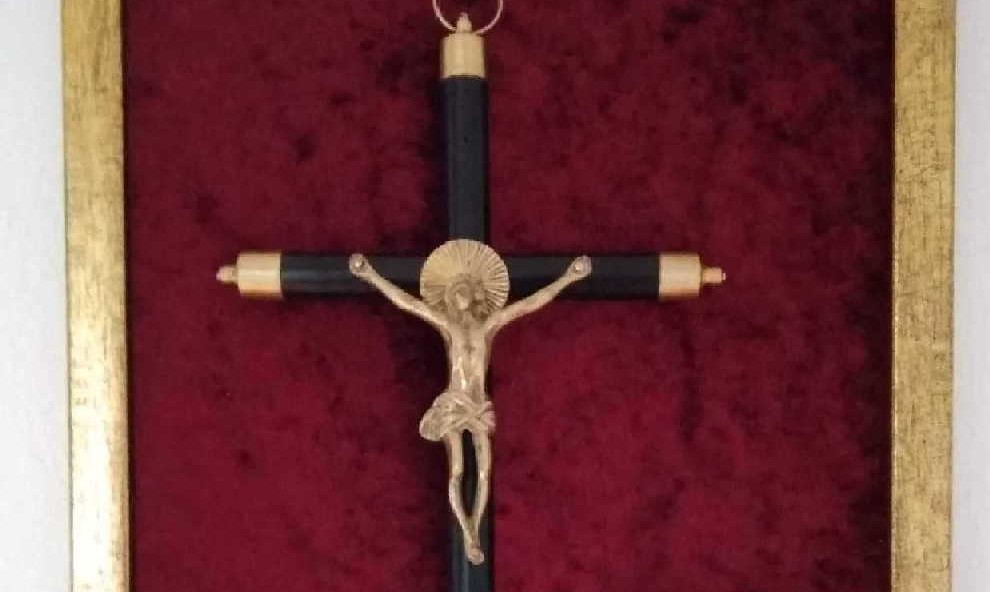 Vic, Spain. Fr. Josep Maria Armesto Miró, one of the priests of the parish of Santa Maria in the city of Castelldefels (Barcelona, Spain), handed a precious relic to the Motherhouse of the Congregation. He explained to the members of the community the reason and the history of this Crucifix. Fr. Armesto left a two-page note originally written in Catalan and now kept in the CESC Archives in Vic together with the framed Crucifix.

He said that St. Anthony Mary Claret carried this image of the Holy Christ in his missionary preachings in 1849 in the town of Viladrau as he visits the sick of the farmhouses. A good woodcutter from the Mas Bofill family used to accompany him and saved him from a fall in the saddle of ‘Pregonés.’ He carried him on his back until their farmhouse. When leaving the house, Father Claret, grateful, gave the family this image of the Holy Christ to which the neighbors had much devotion. With this good woodcutter, the good people of Viladrau climbed the Cross of the Matagalls and renewed the old wooden cross destroyed by a storm which later on renewed with an iron one.

Fearing he would be infected and die and that, because of this, the Crucifix could be lost and thus lose its historical importance, this priest has decided to send it himself directly to the Claretians of the Motherhouse of Vic. Therefore, he is sure that it will have the care and veneration that it deserves.

[“I give this Crucifix to the Congregation of the Claretian Fathers, founded by St. Anthony Mary Claret. May they keep it, venerate it, for having touched the hands of the Saint and having prayed before it the good priest and excellent poet Fr. Jacint Verdaguer and many faithful. To the glory of the Holy Trinity, the Mother of God, St. Joseph, St. Anthony Mary Claret. In Castelldefels, today 19th March 2020. Fr. Josep Mª Armesto Miró, C/ Església 8, 08860 Castelldefels”.

[In these times, which only God knows when will it end, I prefer to give this beloved relic to the Claretian Fathers personally. One in prayers. Cordially, Fr. Josep M. Armesto Miró.] 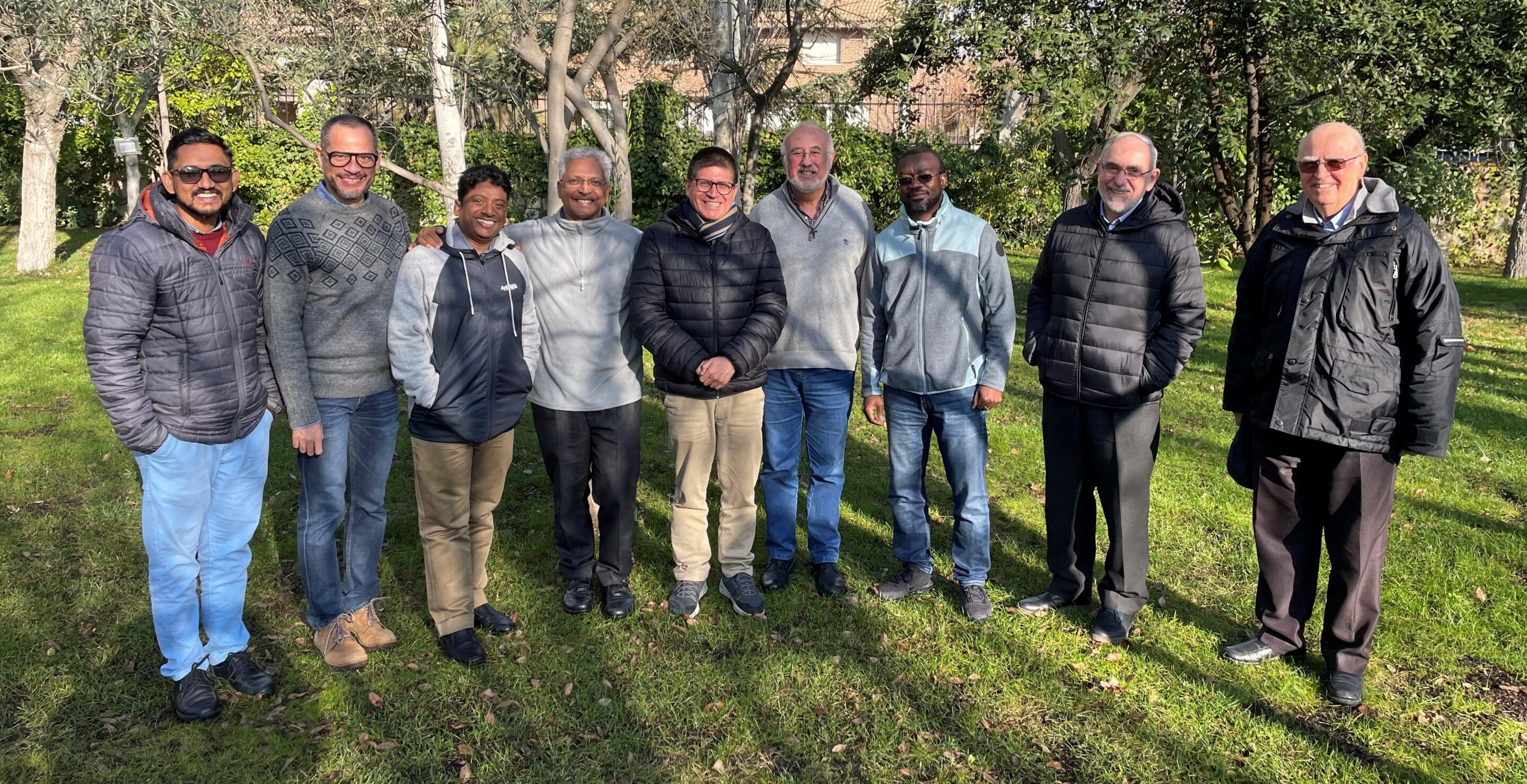