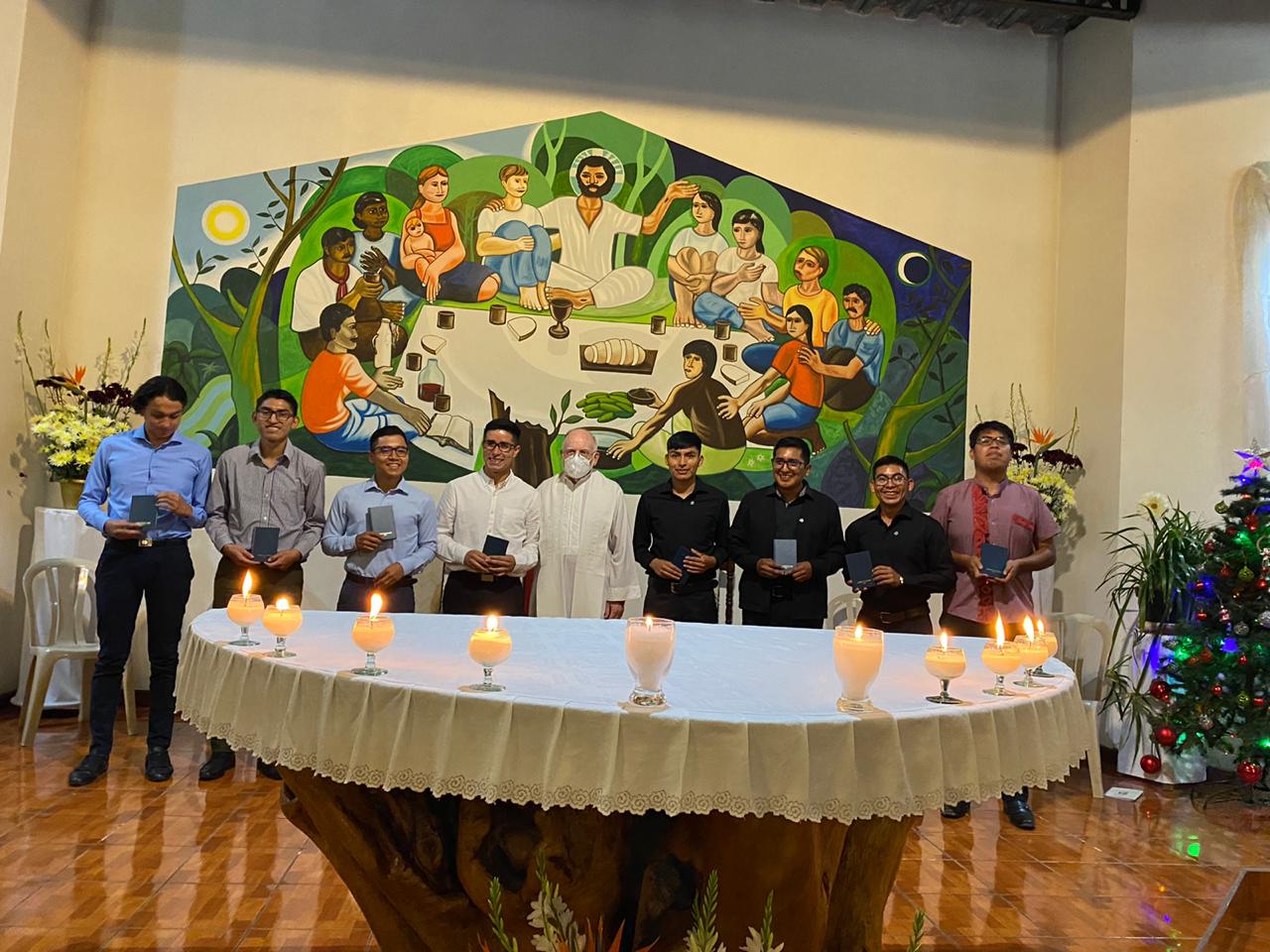 Guatemala de la Asunción, Guatemala. The Eucharist on the first day of the year 2021, celebrated in the chapel of the village El Campanero, was a cause of joy and happiness in a particular way for three Major Organisms that celebrated the first profession of eight Claretian Missionaries.

Each novice pronounced the Formula of Profession, expressing his availability to follow Jesus, as missionaries until the end. The Congregation joins in their joy and in prayer so that the Lord will strengthen them in the mission, that their hearts will be centered on Jesus and that Our Mother Mary, Mother of God, will teach them to be docile to the Spirit.

The Claretian Missionaries who professed their first vows are: