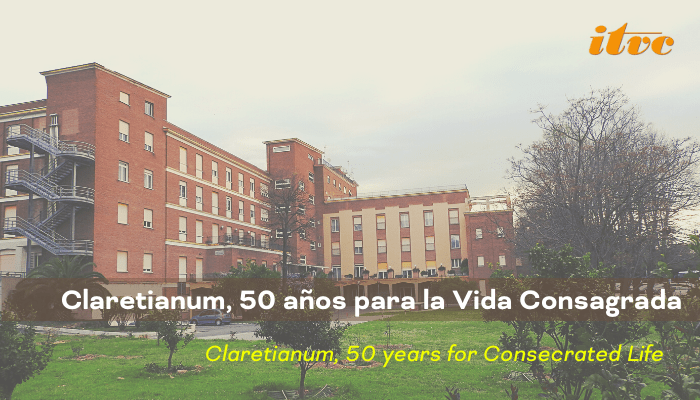 Rome, Italy. The Claretianum Institute of Theology of Religious Life was established by decree of the Congregation for Catholic Education on June 6, 1971. It was the first Institute with such specialization in the Church. But the initiative came from much earlier. The General Chapter of 1934 decided to open an International College in Rome. The following year began, in difficult times, the economic crisis of 1929 not overcome, the Spanish Civil War and the Second World War. Once the Second World War was over, the General Chapter of 1949 renewed the purpose. It was Rev. Peter Schweiger who succeeded in inaugurating the building on Via Aurelia and in starting the first academic year on October 15, 1959. Four years later, on August 22, 1963, the Institute was attached to the Faculty of Theology of the Lateran University. It was able to grant a Bachelor’s Degree and a License in Theology.

After the Second Vatican Council, the reform of studies was promulgated with the document Normae quaedam (1968). It imposed to determine the License in Theology and it was decided to assume the specialty in Religious Life. The Decree of creation (1971) accepted the request presented by Rev. Fr. Antonio Leghisa. The degrees of Licentiate and Doctorate could be obtained. A solemn concelebration, presided over by Cardinal Arcadio Mª Larraona, marked the opening ceremony on October 24, 1972. Twenty Claretian professors formed the faculty, with the director Fr. Alois Hornung, to whom were added five religious from other congregations and a lay psychologist. At present only ten teachers are Claretians, seven from the community that serves the Center. Out of a total of 48, the external teachers are the absolute majority. This fact has always been seen as a shared mission, reflecting the cultural plurality, and belonging.

Some data support this reality. The groups that have passed through the Institute number 323: from old orders to new forms of consecrated life. The nations of origin are 103, from the five continents. Those enrolled in the Academic Year were 6,503; in the Annual Course, 6,994. Most of our graduates are in formation or government positions. There are a good number of Superiors General, some missionary bishops and other ecclesiastical positions, the most recent being João Gutemberg Sampaio fms, executive secretary of the Pan-Amazonian Ecclesial Network.

For the 1987-88 academic year, Fr. Gustavo Alonso and the director Fr. José Rovira made the courageous decision to reintegrate the Claretianum into the building on Via Aurelia. Leaving the center for the periphery, the number of students increased. In 1996, the director, Fr. Matias Augé, obtained the change of name to Institute of Theology of Consecrated Life. The academic offerings were also expanded. Santiago Mª González Silva, the Congregation for Catholic Education approved the granting of a Master’s Degree in Theology of Consecrated Life (2003) and a Master’s Degree in Ecclesiastical Administration (2005). A listening center with psychological care was promoted by the director, Father Jesús Mª Alday.

Despite its small size, within the Roman academic context, the Claretianum is considered a reference in its field. The director, Fr. Matías Augé, participated in the Synod on Consecrated Life (1994). The first two Undersecretaries of the Congregation for Consecrated Life, Sr. Enrica Rosanna fma and Sr. Nicla Spezzati asc, were appointed as professors at the Institute. Among the professors are six consultors of the same Congregation. From the Exhortation Vita Consecrata (1996) to the orientations For new wine new wineskins (2017) they have collaborated on these documents. The Consecrated Life Weeks, in the run-up to Christmas, are a prestigious tribune that annually sets the agenda for many Roman communities.

Twenty-five years ago, Cardinal Aquilino Bocos highlighted as characteristic notes of the Claretianum “the ecclesiality, the attention to the signs of the times and its commitment to maintain the study of consecrated life at the university level.” Currently, under the direction of Fr. Xabier Larrañaga, in complete replacement of the founding group, all the possibilities remain open. As Rev. Mathew Vattamattam has written: “We hope that this will be a time of renewed and better missionary service to the consecrated. The key point will always be the convinced dedication to it.