Conclusion of the Golden Jubilee Celebration of Claretian Presence in India

Kuravilangadu, India. The Golden Jubilee Celebrations of Presence of Claretian Missionaries in India concluded officially in a function at Claret Bhavan Kuravilangadu, the first house in India. The Jubilee year which was inaugurated in July 2019 marked several projects for personnel renewal and social development. The theme of the year was ‘A Time of Renewal and Time of Thanksgiving’. 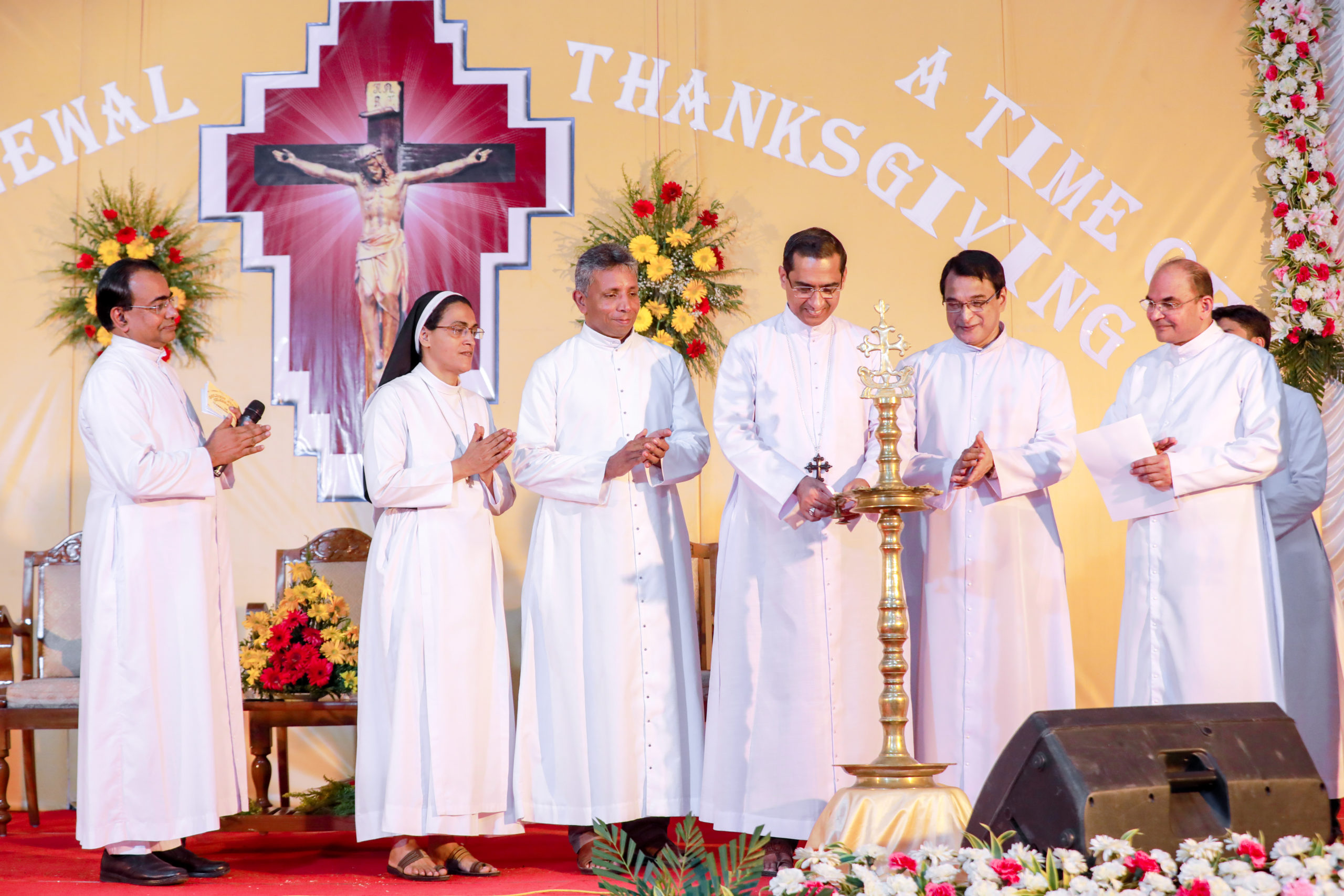 The Congregation established its first house Claret Bhavan, Kuravilangadu in 1970. His Excellency Mar Sebastian Vayalil, the first Bishop of the diocese of Pala who visited Frankfurt, Germany, met Rev Fr Francis Dirnberger, the then Provincial Superior of the Claretians in Germany in 1960. After their historic discussion, Bishop Sebastian made the plans for the establishment of the Congregation in India, firmly believing that the ministerial service of the Claretians would do great good to India and everyone. Thus, with a view to planting the Congregation in the Indian soil, he sent disposed seminarians of his own diocese in two batches for formation in Germany. Since 1970 under the leading role and patronage of the German Province of the Claretians and farsightedness of the Indian priests took the Congregation in India way forward in the number of its personnel and in its ministerial expansion. This inaugurated the age of pastoral, missionary, and social involvement apart from the ministry of formation. Thus, the Congregation was able to open mission centers in Tamil Nadu (1975), Andra Pradesh (1981), and later in Meghalaya. An independent Province of the Claretians in India was erected in 1984 under the title, the Province of Bangalore, which is currently a regional part of the original Province. Later, as the Congregation grew, Chennai province (1993), St Thomas Province in the Syro-Malabar Church (2004), North-East Independent Delegation (2017), and Kolkata Independent Delegation (2019) were formed.

Today, the Claretians serve the Church in India from Kerala to Arunachal Pradesh. It extends, in five Organisms of Bengaluru, Chennai, St Thomas, North-East, and Kolkata, across seventeen Indian states, with 82 communities, 520 missionary priests, and a good number of students in formation. Moreover, we have many assiduous Indian Claretians in the mission frontiers in Northern and Southern Americas, Europe, Africa, notably in China and the Vatican. Let us hope and pray, through the powerful intercession of our Blessed Mother, and St Claret our Founder, that this missionary tree, planted in the garden of the Holy Church, grown into a grand canopy of outstretching branches over distant lands, may produce abundant fruits weathering all storms.

Click HERE to read more about the Claretian Missions in India Brothers in Community, Vanguards in Mission

Negombo, Sri Lanka. Despite the crisis and unrest in Sri Lanka that we see on social media and television, audacious Claretians of St. Joseph Vaz Independent Delegation opened its 1st Delegation Assembly on July 13, 2022, at St. Claret Seminary in the locality of...