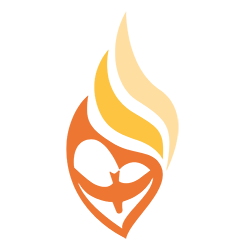 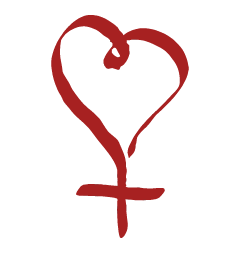 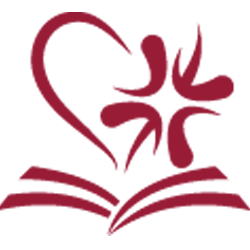 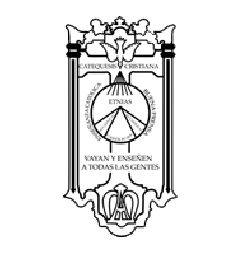 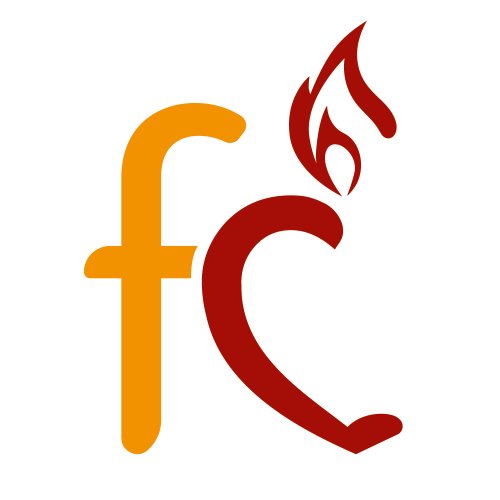 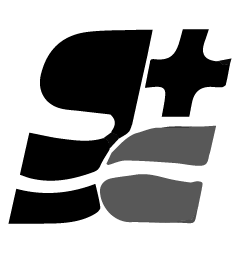 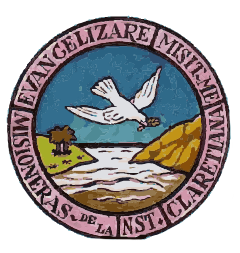 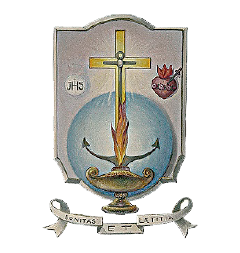 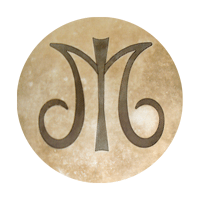 Saint Joaquina de Vedruna founded the Institute in 1826. Claret met her when he was still a student. The foundress asked him to examine the Rules. He also worked towards the definitive approval of their Constitutions and was the Director of the Institute until he was substituted by Fr. Stephen Sala. The basic work of the Institute is centred on education and health.

Sisters Adorers Handmaids of the Blessed Sacrament and of Charity

This Congregation was founded by St. Michaela of the Most Blessed Sacrament. Fr Claret was her neighbour and spiritual director in Madrid. He advised her to write her autobiography and to maintain her friendship with Queen Isabel II. He encouraged the Institute and collaborated in its foundation in 1950, giving his approval to the Constitutions. In 1964 Paul VI made St. Anthony M. Claret the principal Patron of the Institute. The apostolate of the Sisters Adorers is basically focused on the re-education and re-insertion of young girls afflicted by problems of marginalisation, but they also engage in education and attention to rest homes.

Missionary Handmaids of the Immaculate Heart of Mary

Maria Esperanza González y Puig founded this Institute in Lérida, Spain, in 1862. As early as 1846, in the course of a mission that Fr. Claret gave in that city, he had a decisive influence in her Cordimarian spirituality. Later on, in Madrid, he was consulted through Fr. Joseph Escolá regarding the intentions of Mother Esperanza. At the beginning Fr. Claret was reluctant to give his support to a new foundation, since there were already many institutes with the same aims. However, during a visit to Lérida in 1864 he showed himself in favour of the new Institute. At present, the aim of the Missionary Handmaids is the education of children and young girls and the protection and re-education of estranged children and young girls.

Daughters of Christ the King

They were founded by Fr. Joseph Gras y Granollers towards 1887 in Granada, Spain. They were influenced by Fr. Claret through their founder who frequently consulted him about his founding projects and received encouragement and advice through numerous letters. This Institute works mainly in the field of education, as well as in the university and parish milieu and in foreign missions.

Handmaids of Jesus of Charity

Their foundress, Mary of the Heart of Jesus, approached Fr. Claret regarding her doubts about her vocation. After hearing her in general confession, as she herself tells, he guided her in her vocation and predicted the role she would play in the Church. In 1871 she founded the Congregation in Bilbao, Spain. The specific aim of the Institute is the assistance to the sick in their homes, in hospitals, clinics, dispensaries, rest homes for the elderly and day-care centres.

Fr. Claret was also involved in the foundation, consolidation and promotion of this Institute founded in Mataró, Spain, in 1858 by the brother-sister Mark and Gertrude Castañer. Ever since he preached a Lenten retreat in Mataró, Spain, in 1845, he kept a close friendship with both of them. In 1859 he gave his support to the foundation and in 1870, in Rome, he had the opportunity to stimulate them in their work, in spite of the persecution in Spain, encouraging them to spread beyond Mataró. At present their work evolves in the field of education, houses of spirituality, hostels for young girls and ladies, parish and social work, youth movements and prayer groups.

Rev. Joachim Masmitjá, founder of this Institute, became acquainted with Fr. Claret in Olot, during a mission. Later on, after he founded the Institute in Olot in 1848, he always received the comfort and affection of the saint, who wrote to him several times encouraging him in his task of promoting the Institute. The basic work of the Institute centres in catechesis, Christian education and evangelisation, with special attention to estranged women.

Missionary Franciscan Sisters of the Mother of the Divine Shepherd

This Institute was born in Ripoll, Spain, in 1850. Both Fr. Joseph Tous and the Blessed Mary Ann Mogas had contacts with Fr. Claret. He, from their common origins in Sallent; she, later on, together with Fr. Sala. Both encouraged the two founders in the difficult task of forming and consolidating the foundation. At present the Missionary Franciscan Sisters carry out their mission in the fields of education, health and social assistance, rural parochial ministry and retreat houses.

Dominican Sisters of the Annunciata

They were born in Vic in 1856, under the impulse of their founder the Blessed Fr. Francis Coll, friend and companion of Fr. Claret. His influence in this Institute was not merely spiritual; he also made efforts to obtain the government approval for the Institute. From several letters to Fr. Coll we can obtain data regarding his invaluable interventions. The basic work of the Dominican Sisters of the Annunciata is focused on Christian education, presence in marginalised quarters and the missions.

Oblate Sisters of the Most Holy Redeemer

The founder of the Congregation, Msgr. Joseph Maria Benito Serra, Bishop of Daulia, kept correspondence with Fr. Claret regarding his intentions as a founder. In 1862 they had an interview. According to a letter of Benito Serra to the foundress of the Oblate Sisters, Antonia Maria de Oviedo, the three-hour conversation, was about the foundation of the Benedictines. However, there is no doubt that it had something to do with the foundation of the Oblates themselves, who were founded two years after this conversation.

Daughters of Mary, Sisters of the Pious Schools

There is no evidence of any personal relationship of Fr. Claret with the foundress, the Venerable Paula Montal, even though she was a Catalonian. However, it is known that, during the life of the foundress, he did have some influence in the convent of St. Elizabeth of this Institution in Madrid. In fact, during the time that Fr. Claret stayed in the Montserrat Hospital at the Plaza Antón Martín, every year he gave Spiritual Exercises to the Sisters in that convent while the foundress was there.

When Blessed Joseph Manyanet, founder of the Sons of the Holy Family and of the Missionary Daughters of the Holy Family, was beneficiary of the collegiate church of Tremp, he had relations with Bishop Caixal and with the Claretian Missionary Sisters. For this reason, there is no doubt that he also had personal relationship with Fr. Claret. From a letter to Fr. Francis Naval in 1900, even though it is unsigned, we can infer that he knew Fr. Claret, even ate with him several times, and consulted him about matters of importance, some of them related to his foundation.

INSTITUTES RELATED TO THE CLARETIAN MISSIONARIES

Missionary Sisters of Charity, Daughters of the Immaculate Heart of Mary

Mother Mary Güell, native of Valls, Spain, founded this Institute in 1899 in Cervera (Lérida), Spain, under the direction of Fr. Francis Naval. The Claretians have always accompanied them in their spiritual itinerary. Their Constitutions and congregational documents are inspired in their own spirit. The Cordimarian Sisters, whose specific charism is the practice of charity, have opted for the most destitute members of society: the sick, the elderly and children, as their preferential subjects. They are spread throughout Spain, Brazil, France, Portugal and Italy.

Their foundress, Carmen Salles y Barangueras was born in Vic in 1848. Being an adorer novice, she joined the Institute of Tertiary Dominican Sisters of the Annunciata. After a time of probation, and supported by Bishop Manuel Gómez Salazar, she founded the Conceptionist Sisters in 1892. They have Fr. Claret as the special Protector of their Institute, and there has always been a fraternal relationship between them and the Congregation of Claretian Missionaries. For this reason in 1954 they were granted a Letter of Kinship by the latter.

Missionary Sisters of the Immaculate Conception

They were founded in Mataró, Spain, by M. Alfonsa Cavin Millot, a native of France. In 1884, in answer to a request made by Fr. Joseph Xifré, they went to the mission of Guinea, where they entered into a deep contact with the Claretian Missionaries. They received the Letter of Kinship in 1954, and they still maintain a close fraternal relationship.

Sisters of the Immaculate Heart of Mary

Their mother house is in Porto Alegre, Brazil. They are dedicated to teaching. They also received their Letter of Kinship in 1954 and still keep constant communication with the Claretian Missionaries of Brazil.

Missionary Sisters of Mary Immaculate and Saint Catherine of Siena

They are also known as “Missionary Sisters of Mother Laura,” from the name of their founder, Mother Laura Montoya. In 1924, Mother Laura found in Fr. Ezekiel Valera the sure orientation she needed to carry out her missionary project. Later on they maintained constant communication, above all with Cardinal Larraona. They collaborate with the Claretian Missionaries, especially in Darien and Chocó. In 1985 they were granted the Letter of Kinship.

Handmaids of the Mother of God

In 1984 the Letter of Kinship was granted to this Institute founded in Colombia, due to the spiritual affinity that unites both Congregations. The foundress, Mother Elisa Jaramillo, for many years had Fr. Martin Jové, a missionary in Colombia and Venezuela, as spiritual director. From him she received enlightenment for her own life and for the foundation of her Institute. Subsequently, the Claretians continued to be their assistants and advisers.

“Follow Me” had its origin in an agreement made by some lay persons in 1965 during a Mass celebrated in the Catacombs of St. Calixtus in Rome. On that occasion they agreed to constitute, under the leadership of Fr. Anastasio Gutiérrez, cmf, a lay association for human and Christian promotion. The soul of the group was Paula Majocchi who, in her classes, had contrived to arouse in some girls the interest for a committed life. In 1984 it received the definitive pontifical approval. In line with the new Code it adopted the form of mixed private, lay association of pontifical right. It is not an Institute of consecrated life. Presently it has groups in Italy, Spain, Albany, and it is spreading through Africa and Latin America.