Boryslav, Ukraine. We now offer information about the trip of the Provincial Superior, the Econome and the Secretary of Poland to Ukraine from March 29-30, 2022:

On March 29-30, 2022, together with the Provincial Econome, Br. Tadeusz Lihs, CMF, and the Provincial Secretary, Fr. Łukasz Przybyło, CMF, we went to Ukraine. In fact, our trip to Ukraine had already begun earlier, because it included the purchase and preparation of the most necessary items, not only for those who are helped directly by our brothers and the Sisters (Little Handmaids of the Immaculate Conception), but also for the hospital in Boryslav and those who are directly at the front (soldiers, among others). All this was taken care of by Brother Tadeusz and his countless volunteers. For some items, such as food, chemicals or sweets, it was enough to go to a store or wholesaler; others, such as medical supplies, had to be ordered in advance, and the purchase of others, such as an electricity generator, was almost a miracle, because they were simply not available in the stores.

“The miracle” consisted in spreading the news about the need to buy a generator of this type among friends (here again the help of Facebook was invaluable) and it turned out that someone knows a director of a hospital who has just received such a generator and is willing to resell it, and for the needs of this hospital it can be bought in the future. This is further proof of the great kindness of many people trying to help the people of Ukraine.

After gathering all the necessary items, the night before departure, the packing of the bus and the car began with several boxes: 700 kg of sugar, groats, rice, canned food, sweets; medicines, disinfectants, bandages, flashlights, batteries, mattresses, blankets… (I hope I didn’t forget anything), and in total there were almost 2 tons of everything! Thanks to the help of volunteers from our parish in Lodz, the packing went smoothly. After packing all the gifts, there was little time left to sleep, as the departure was scheduled for 4 am.

Punctually at 4:00, we left Łódź in the direction of the Kroscienko border crossing. This is the smallest border crossing and that is why we chose it: it is the one where the smallest number of people choose, so there are more chances to pass the border quickly. As planned, after about 7 hours of driving we arrived at the border crossing. To our surprise, it turned out to be even quieter than we expected. Apart from a dozen tents and several aid organizations, there were virtually no queues on either the Polish or Ukrainian side. So here we are in Ukraine.

We passed strangely quickly and painlessly – as if there was no war – along the road to Boryslav, with a stop to reload the bus right at the border. From that point on we were “escorted” by the parish priest, Father Krzysztof Łabędź CMF. Only the dismantled barricades at the entrances to towns and villages indicate that there is a war. We noticed that the names of towns and signposts were obscured to make it difficult to locate possible “guests” from Russia. Other than this, peace and quiet, life flowed lazily in the villages and towns we passed as we drove.

The sisters live in Boryslav – our second parish next to Truskavets – and this is where the unloading and reloading point for Polish products is located. Once again we had the opportunity to exercise our muscles – at the last unloading. Everything went very well: you can feel the experience they have gained in the last few weeks. Sister Teresa boasted that her record of unloading 20 tons from a truck was 3 hours. All things are arranged according to their purpose: some for the refugees who lived in Boryslav and Truskavets, some for the hospitals, some for the soldiers at the front or for the civilians who stayed there; and of course generators for the hospital and for our brothers.

Afterward, we drove to Truskavets for the Eucharist; then, we had lunch and went for a short walk. For those who do not know: Truskavets is a spa town with many sanatoriums, which were converted into hotels for the richer refugees from eastern Ukraine during the war. Our confreres say that all the sanatoriums are currently full: 35,000 people. This can also be seen on the streets. But here, you don’t really see that there is a war going on: stores and restaurants are open; you see queues for coffee; many lazy strollers. The only thing that reminds us that there is war is the sound of sirens that sounds from time to time, reporting a rocket fired somewhere. These warning sounds make a big impression on us, we hear them all the time, but apart from us, no one cares too much. Although surely every person inside is stung by the fact that another rocket flies from Russia or Belarus to kill innocent people, fellow countrymen…

In the afternoon we met Yura, a Ukrainian who a few years ago was in the novitiate of our congregation and is now serving in the Ukrainian army. A few days ago he was wounded and taken to Truskavets for convalescence. What a small world… As I was on my way to meet him, I thought that Yura was probably devastated or saddened by his wounds, and here he stands before us, a smiling man who says in a confident voice that as soon as he recovers, he will return to the front to continue fighting. He adds in a confident voice: “We are going to win, because we are not the ones who started this war and we are at home.” The conversation went on for a long time: about life at the front, about how he was wounded, about faith, about the future, about his mother who heroically brings help to the city of Sumy. We also talked to an older man, Nicholas – also a wounded soldier – who comes from Mariupol. He said that his wife did not want to leave and he went to fight. When we told him that we were priests, he declared that he was not a believer; however, he crossed himself and said that his grandmother had baptized him, and that she was a strong and wise woman. Just like our grandmothers, right?

After an exceptionally long and eventful day, we returned home and chatted for a while with our brothers. We are very encouraged by their commitment, their dedication to helping the refugees, but also by their declaration not to move, come what may.

The night passed with the sound of falling rain and sirens blaring from time to time, in pitch darkness, because there is a mandatory blackout in the city – after midnight all lights in the city are turned off to make it difficult to locate them in a possible air raid attempt.

In the morning we left for Boryslav, where we recorded videos and took photos; then Eucharist and trip to the children’s hospital, where we donated the famous electricity generator. For us it is “just” a generator, but for the medical staff and patients it is a matter of life and death in the current situation. Even the deputy mayor of the city came to thank us personally for this gift. This was also captured on film – thank God we were able to be an extension of the hands of so many generous people!

We bid farewell to our confreres and the Sisters, because it is time to leave on our return trip. Farewell, Ukraine! Or rather, “see you soon”, as some of us are planning to come with another “batch” of gifts.

Although we were in Ukraine for less than 24 hours and did not see the real war from the front, many people we tell about this trip see us as some kind of heroes, which we are not. The heroes are those who stayed there, fighting the Russian invaders. The heroes are the medical personnel, the countless nuns and priests, and the ordinary people who risk their lives to get essential goods into the combat zones. The heroes are those who get women and children out of the bombed cities, often risking and losing their lives, because the Russians also shoot civilians, for example those queuing to buy bread. These are the stories told to us by the drivers; we also know them from the TV news. These are the stories told by the Claretian Sisters and Claretians who meet the witnesses of this tragedy every day.

Many thanks to all those who made it possible for us to go, i.e. all the CMF donors and lay people. We would like to thank all the volunteers who, despite their daily duties, dedicated their free time to buy, sort and pack all the products we took to Ukraine. Finally, we thank those at the front line: the Sisters, our confreres and all the officials of the cities of Boryslav and Truskavets who coordinate the activities so effectively.

It is good to see and know how much goodness comes from your hearts. Thank God for all of you. 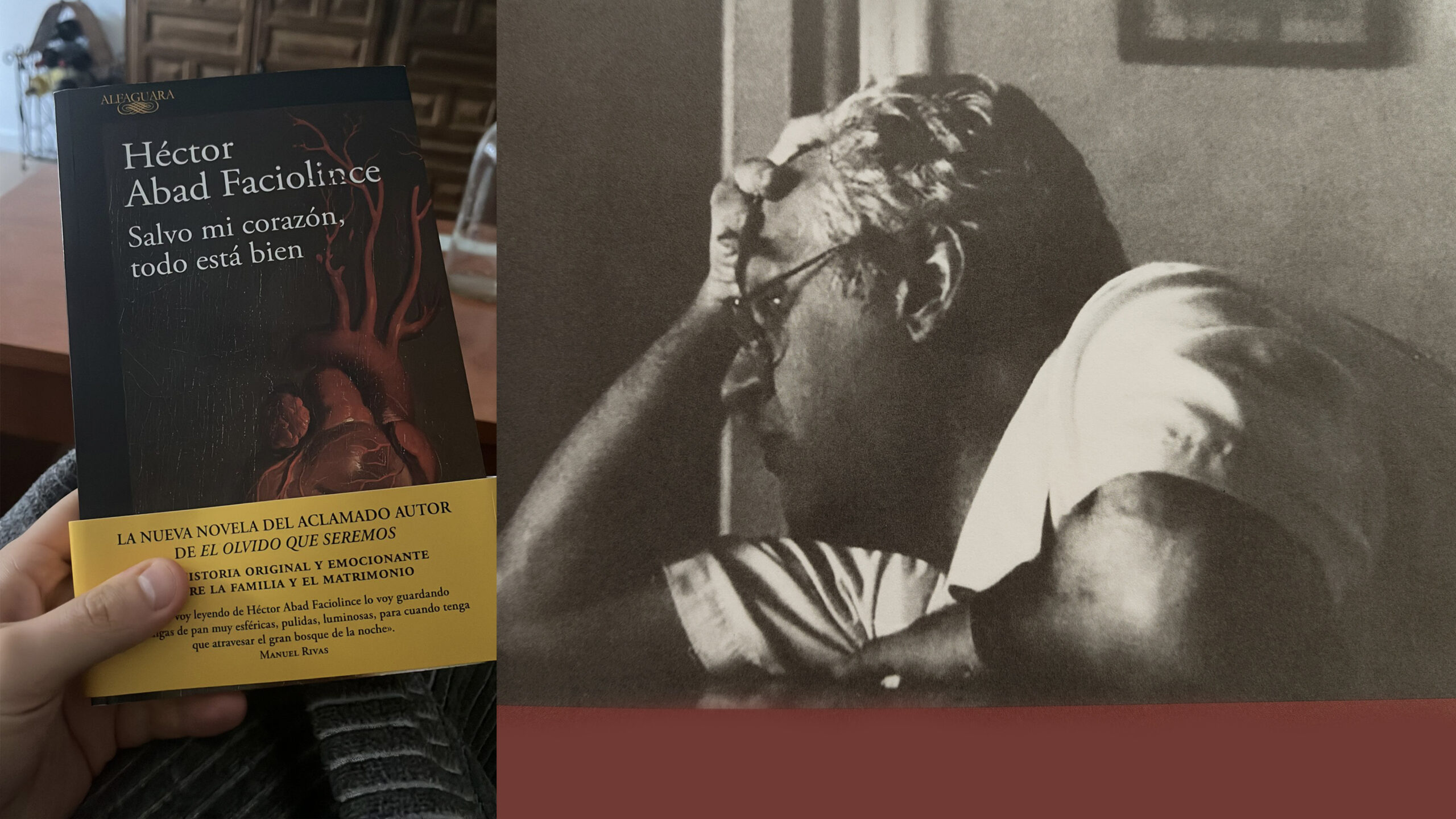